Valentine Jacobs: An English Spin On Bonnie And Clyde 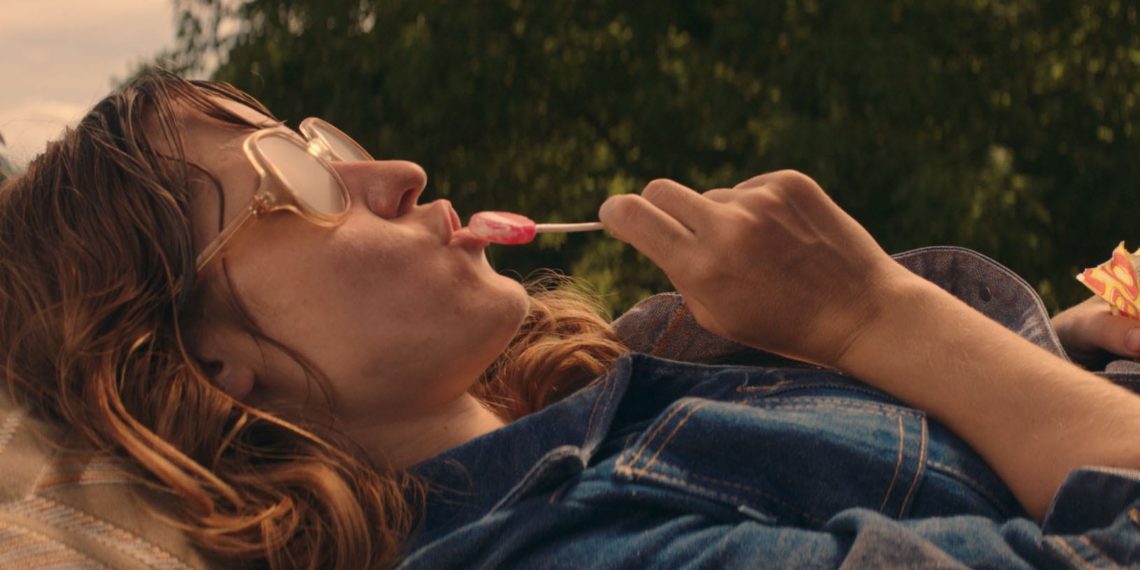 Jason Julien-Connage’s Valentine Jacobs chronicles the end days of a Bonnie and Clyde style adventuring couple in 1975, starring Julien-Connage as the titular character.  As the name indicates, the film really is about Valentine and his desire for the thrill of a kill even if the film follows the couple. As his foil, his girlfriend Rose (Emily Laing) has far less desire to kill, but when push comes to shove, Rose and Valentine are well-matched in their ruthless joy.

The film introduces the two just on the cusp of a new murder. It quickly establishes the characters. Rose prefers not to kill, is not used to the life of crime, but comes second to Valentine and his will in the relationship. Valentine is volatile and ambitious.  When the two come across a dubious character, Harold Osborne (Michael Hanratty), who introduces himself as a writer interested in their story, the writing loses appeal. There is no real progress in the plot and the intent of the character is predictable from the beginning so that Rose’s decision to just let him go makes no sense but only takes her defining trait to a strange extreme.

As a character, Rose does not excite interest until late into the film, while Valentine gets nearly no character development. He’s the volatile villain trope, and Rose is his sidekick.  The scene leading up to the climactic ending is revealing, despite its bland lines. As Rose talks about her teen years with her father, it explains her motivations in the present, also giving a rough idea of how the two came to be where they are now.

The film’s score borrows heavily from westerns, an interesting combination with the English countryside setting. As Rose and Valentine stand ready to face the world, this blend and contrast shows up more starkly. In the end, this is Bonnie and Clyde and we know how this ends.

#ShortFilmReview: Valentine Jacobs: The many trials and tribulations of being happy while on the run. Click To Tweet

Jitters: A Pained Meditation On Love And Life's Meaningfulness