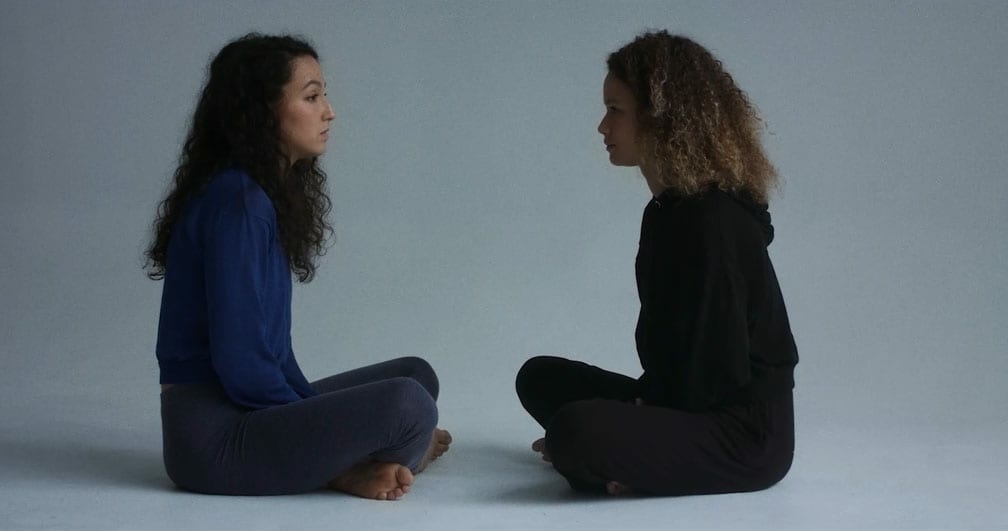 In Lauren Blackwell’s Métèque, privilege is questioned, again and again. White people, EU citizens, they have the privilege that immigrants don’t. But then it turns that around, and immigrants have the privilege that the people they left behind don’t. This is only one facet of the story. At the centre is Samia, played by Lyna Dubarry, a young Moroccan woman on the brink of losing a coveted job offer and the place she chose to call home. A sense of disorientation–Samia’s disorientation – prevails in the film, as though it bled from her and attached itself to everything in her world.

Dubarry and Stassen co-wrote the screenplay; Samia’s characterization feels authentic, most so when she breaks down, weeping about having been “a good girl” to prove herself worthy of being where she wanted to be. She’s known to be hardworking, she made lots of friends, many of them white–even her boyfriend (Elliot Janks) is white (and a bit obtuse, which is all the worse because her obvious route of bypassing an impending collapse of her life is to marry him).

Her last source of comfort and reassurance comes from Zoe (Lou Stassen), her close friend of six years, since their Paris days. Paris is a bit of a motif for Métèque. When the hard times or melancholia hit, the film brings up Paris, an oasis of idyllic memory; a place to escape to, more welcoming than the harshness London brought for her.

As heretofore solid things begin to disintegrate, her friendship with Zoe comes under duress. A remarkable aspect of Métèque is Zoe’s character: she’s a fully rounded person instead of a cardboard cutout best friend trope. The question of her loss then has significance. This adds dimension and complexity to an already layered plot, highlighting what losing everything means for Samia. Zoe also brings music to the film, to the extent that in her absence, the film’s score – raw, energetic and deeply despairing – only draws sharp attention to it.

As the film brings up Paris one last time, it highlights the sense of displacement that comes with growing up, moving away, or worse still, being forced to move: what it is, is losing whatever it is that means home to us.

#ShortFilmReview: Métèque: To lose home is to lose a vital part of our identity. Click To Tweet