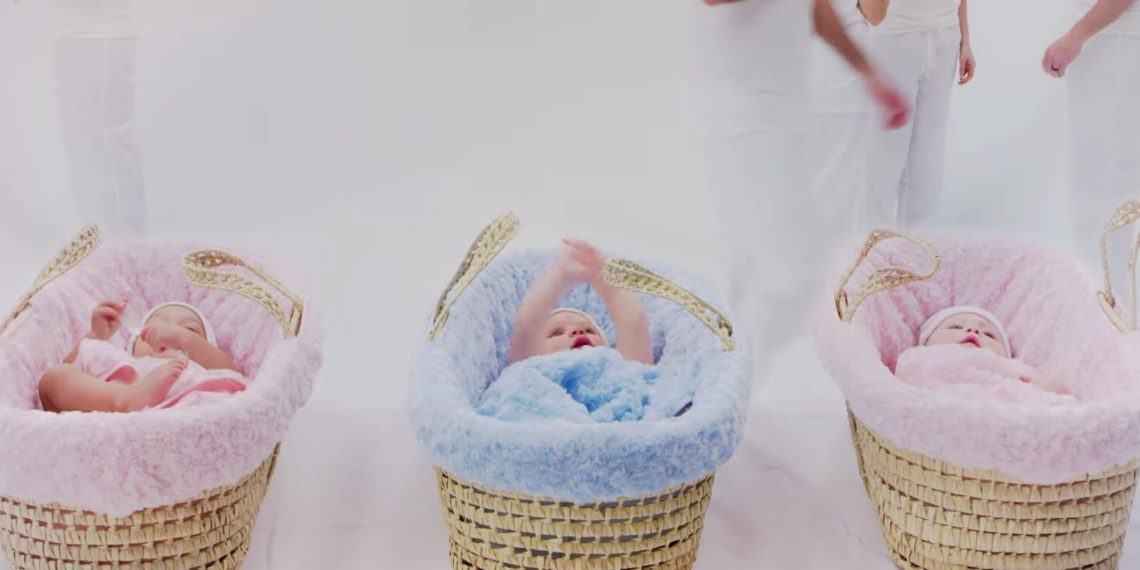 Existential dread is a heavy cloud that hangs over the characters in ‘Where We Fit’, directed by Keith Macri. As much a drama as a comedy, Macri’s 14-minute film teases at enticing answers without venturing forward to resolve them.

The opening scene takes place in heaven. The future of three kids is decided upon. Cut to present. Lisa (Kat Evans) is a phone sex operator, Mason (Ev Duran) is a struggling, potentially suicidal writer and Jamie (Amanda Rodriguez) is a medical scientist on a mission to find the cancer cure. It is how these three, once cohabitors in heaven, find their ways to each other and touch each other’s lives, whether by chance or as preordained, that moves the plot forward.

It is Lisa and Mason’s phone conversation that makes up most of the screen time. They pit their own beliefs and stories together, one considering God as his guide in fulfiling his destiny and the other, the true existentialist, rejecting the idea of any meaning or plan to her life or the universe. Scenes from their past blend into their present, flashbacks characterised by a monochromatic palette. Camera zooming into and out of their faces define them as they have their moments of crisis. Lisa is the most interesting of the lot. While Mason comes off as terribly whiny and Jamie as far too bland (Rodriguez’s colourless performance is responsible for much of it), Lisa’s hardened exterior is engaging, her resigned-to-misery, scathing persona shines in the heap of a generally pallid leading cast.

Macri himself makes a brief appearance as one of the two assistants to God. The opening sequence is funny for its twist on the usual comical heaven. This time God is not alone. This is a democracy and he has critics, even though he is generally doted on. His assistants and cohort partake is wine drinking and music, enjoying an overall celebratory mood. The music score runs parallel to the overall vibe of the scenes, now quirky, now melancholic. The screenplay is engaging, bringing in short comic reliefs between scenes charged with tension.

In the end, as Lisa attempts to navigate her way out of a life that she clearly has not willingly opted for, the film ends on a comical note and once again brings the central question to the fore. Is it God’s will that hampers her or is it pure chance? Lisa glances up at heaven.

Watch Where We Fit Short Film