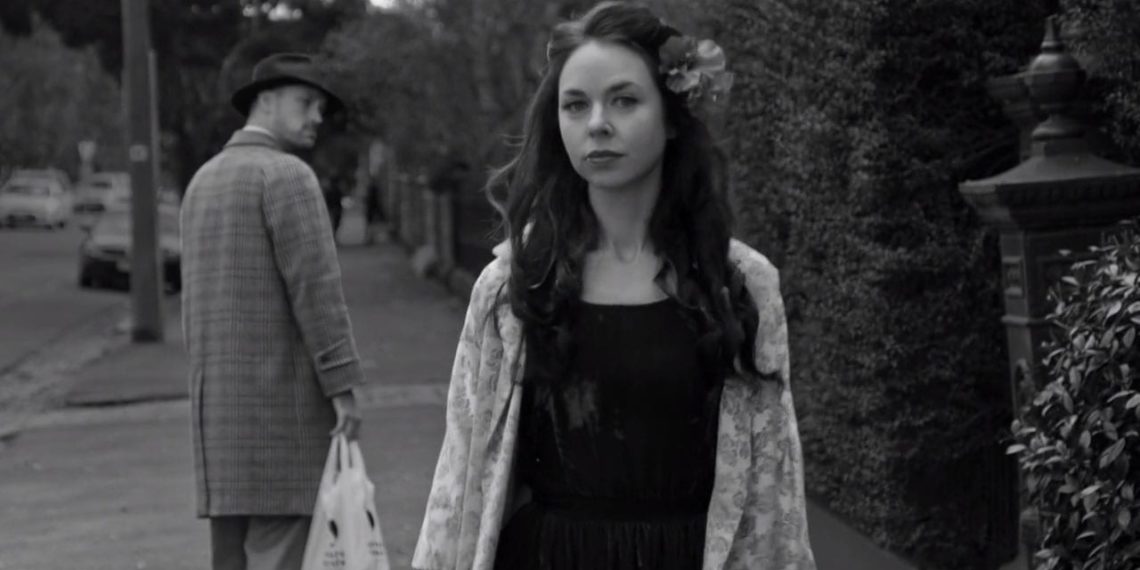 SeaSapien is as much a comedy as it is a fantasy. In fact, writer-director Sascha Karner uses fantasy only as a platter on which to serve the comedic treatment of an unabashedly eccentric plot that, even aside from comedy, is a fantastic premise filled with potential.

The unnamed hero cop hates the ocean, and with good reason. Not only is it always wet, but it also rains fish without warning, leaving concussions everywhere– because in Karner’s created world, the world is enveloped by the ocean. Things fall out all the time. Most of the time, it is only a humble fish, at other times, things like boats and mermaids are also to be found. These are usually either catalogued by the authorities or scavenged by local looters. It is all shot in black and white, which serves the double purpose of covering up budget limits on special effects and simultaneously adding to the film’s strangeness. The resulting aesthetic is that of a low-budget cult classic gem and that undoubtedly works in the film’s favour.

The hero cop only has a glance at the mermaid in question–a nonchalant creature, breezily hanging out in the looters’ apartment–to fall in love with her. The film has little dialogue, relying mostly on narration to drive the narrative forward. Leigh Carr’s deadpan delivery only adds to the film’s quirky charm. The performances aren’t the strongest and take something out of the overall experience.

SeaSapien, with all its eccentricities, fantastical imagination and amateurishness, makes for a delightful watch. What helps it the most is what can be assumed to be its limitation: budget. The obviousness of special effects reminds that this is all make-believe and play, while the melodrama and adventure sit comfortably cushioned among it all.