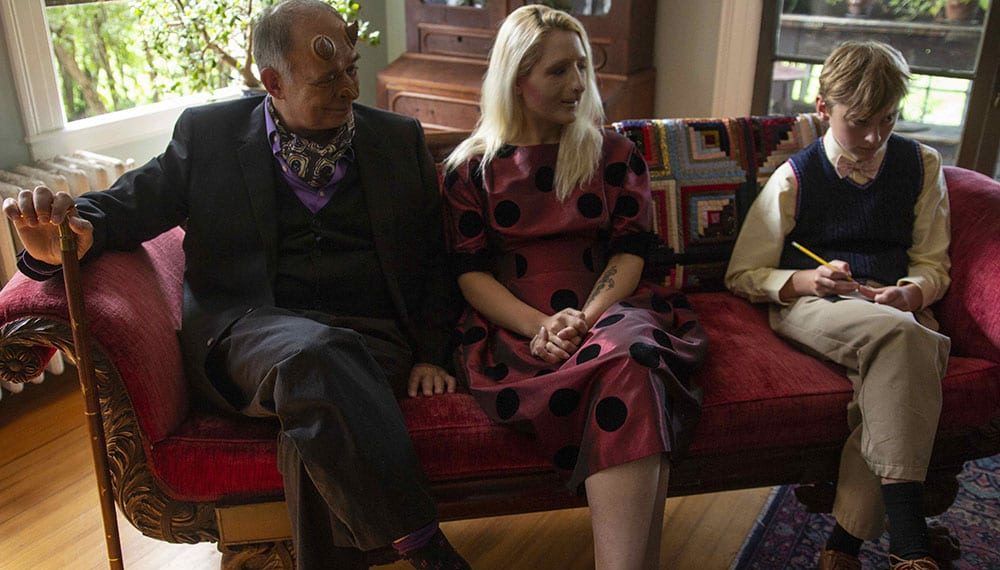 The last time a film about strange-curious-people and houses were made, albeit delightful when it finally kickstarted itself into motion, it suffered from needless weight of setting and establishment. Ben Tobin’s A Home for Curiosities echoes the fantasy of Tim Burton’s Miss Peregrine’s Home for Peculiar Children but with much less flair.

Tobin’s screenplay starts off with entertaining humour. His protagonist, Wallace Lindsey Spaulding (Nate Ruth) who despises his name, is written with an almost grown-up humorousness; Ruth carries it rather well. The novelty of a child playing adult mannerisms helps its case too.

The premise of this fantasy film follows thus: one young boy with a taste for bird-watching finds himself upon the grounds of a house inhabited by abandoned imaginary friends, or as they prefer to call themselves, curiosities. One particularly delightful curiosity,  Adelaide (Vanessa Libbey), introduces Wally to their fantastical and melancholy world. A rather realistic portrayal, these imaginary friends, on being abandoned, keep going on with their lives and find some measure of polite happiness in each other’s company. Something like an eternal tea party, enter the fantastical elements. Wally then takes up the responsibility of finding new humans for the abandoned imaginary friends, all for 50 cents. Adelaide is paired off first with Wally’s crush, Alice (Ripley Dresser). Libbey is a joy to watch as Adelaide, bringing the energetic quirkiness that her character demands.

The film’s artwork and production design are a treat. Adelaide’s costume with its petals is both curious and fitting for the character. The other characters, though unnamed, are just as well imagined and designed. To the film’s credit, in just the one scene it establishes the pleasant life of the curiosities and their warm nature. The vintage art is echoed in Wally’s own dated attire and mannerisms. It is not clear if the film is set in an earlier era; it is much more fun to imagine it is Wally’s own curious nature that dictates his way of life.

The premise is funny, Ruth nearly pulls it off, Libbey is delightful, the artwork is a quaint pleasure. But the film does not achieve what it set out to do. The visualisation does not fit the premise, frequently forgetting itself and wandering into slow-motion shots proper for a music video (the film’s own score, however pleasant, yet again does not mesh with the film). Editing lets these meaningless shots dawdle for longer than necessary while using fast cuts in another scene to jarring effect. What ails A Home for Curiosities most of all is its confused tone, existing somewhere between fantasy and comedy, but being unsure of either, ends up a collapsed mess in the absence of a mindful blend.