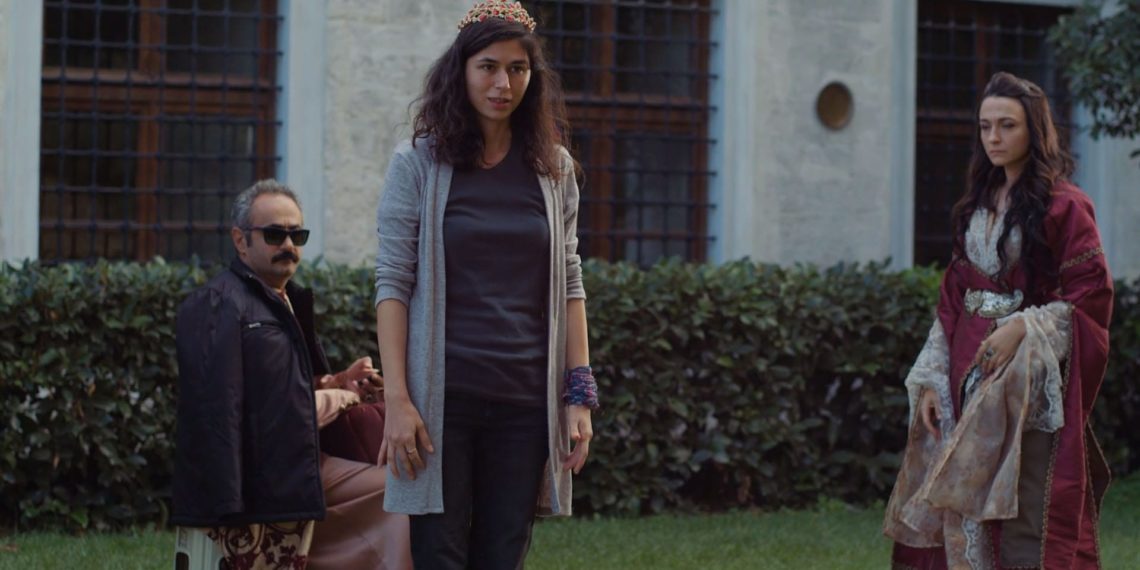 There is a theory that far more than corrupting, power intensifies the already existing bad in people. With bullies in the workplace, this is a theory that fits. In Sezen Kayhan’s A Hard Day In The Empire, where the plot follows the unfolding drama on set, the director is a bully whose target for the day is an art department overworked, unpaid assistant.

The film effortlessly builds the director’s (played by Murat Kiliç) increasing hostility towards Cansu, the assistant, played by Ayris Alptekin, as the day progresses. The tablecloth is not to his liking, and that, therefore, makes Cansu bad at being a woman. He scoffs at her options for wall hangings, only to then go with the option he had most scoffed at. Gags are peppered throughout the film, and Kayhan’s direction is laudable in this respect (the empress’ crying is the first and the funniest for catching the audience by surprise). There is a general restrained comedic element in the overall theme, a lot of it stemming from the frustrations that Cansu faces regularly at the hands of the director and his oily AD, played by Sezgi Mengi.

The plot comes to a head when he calls her up in the middle of the shoot to humiliate her. Anger is a resonant theme of the film, and yet there is not the punch one would hope for from the climax, even if it is tense and funny (the emperor watching the events without a crown or beard, wearing sunglasses), falling short of the expectations the film had built up. Perhaps this is fitting, because the director is ultimately the boss, and there is little she can realistically do to stand up to him while still having a career left.

The ending, however disappointing, is well crafted, so that when the screen fades to black, besides the surprise that it is over, there is a peculiar (and unquestionably small) sense of satisfaction, entirely because of how it was executed.

Watch A Hard Day in the Empire Short Film