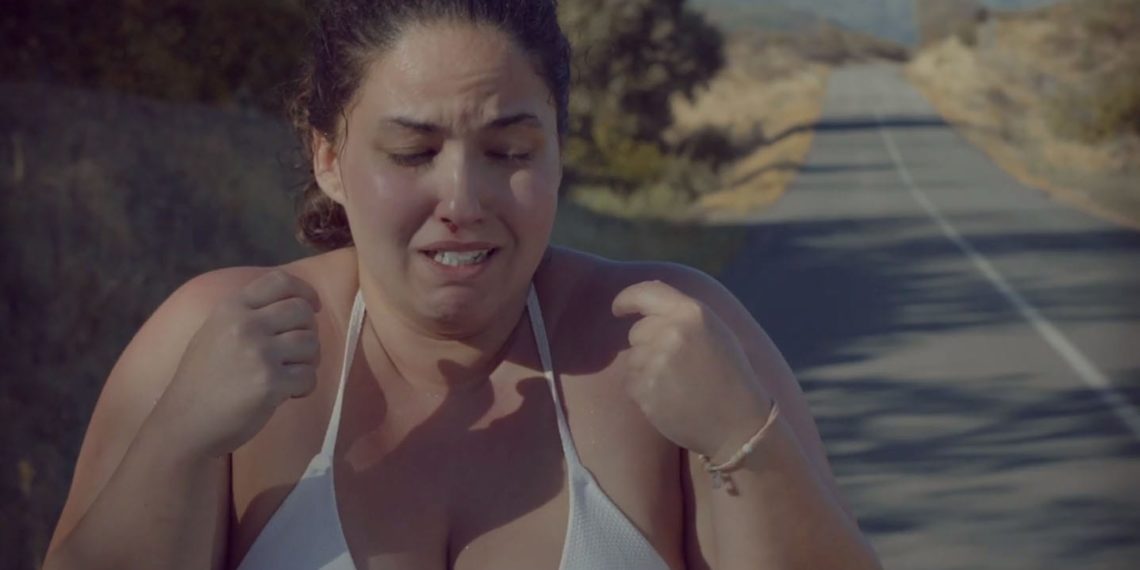 Cinematographer Rita Noriega’s lens offers the stillness of what can only be an idyllic village. The moth playfully settling down before its next flight, the fully bloomed flower glistening in the sunlight as the crickets chirp in the background – such tranquillity, untouched by the chaos outside meant to be enjoyed only by the most fortunate, or so one might think. For director-writer Carlota Martínez-Pereda’s Piggy is anything but tranquil. Deceivingly so, it lures its viewers into the bucolic charm of the life outside of the city but what one witnesses thereafter is nothing short of shocking and abominable acts of inhumanity. You see, Piggy is the anatomy of a bullied victim’s world. The humiliation, the helplessness and the slow-burning rage that is all-consuming, are all real and raw here.

Sara (Laura Galán) is a teen. Period. As if hormones don’t create enough of havoc during puberty, her weight becomes an added cross for her to bear. Being an overweight individual cannot be easy, what, with the body shaming, health issues and social awkwardness. Add to that the plight of adolescence and we have Sara. As she plans for a dip in the local pool during one sunny noon, her idea of having the pool to herself becomes a distant reality.

Noriega, who remains the show stealer, manages to capture the essence of the film through her frames. From the shots of the forlorn bridge to the murky waters of the pool, her camera sweeps across the deceptively silent noon of the local community. And as we breathe a sigh of relief for Sara, our hopes are throttled. Just as she is at her most vulnerable, clad in bikini about to enter the pool, we realize she isn’t alone. Galán needs to be lauded for the sheer ability to display her vulnerability and be that raw for the camera. Without her, the film wouldn’t hold the merit it does. As she realizes that the visitors on that fateful afternoon aren’t going to let her off so easy, the helplessness, the sheer humiliation and pain are plain to see. But the true dexterity of the script shines through post the bullying scene.

Obesity isn’t the problem. It’s the societal perception of it that is. When Sara gets brutally bullied by her own age group, worse still, her ex-friends, it’s hard to watch, but believable. We know, teenage can be cruel. And when help comes from the most unexpected source, it is believable too. It is the confluence of very solid characters and character arcs that makes this film worth watching. Add to that the terrific subtexts it carries along with the cinematography and editing (David Pelegrín), Piggy becomes a masterpiece.

Without giving away any spoilers, Carlota Martínez-Pereda’s Piggy is cathartic; it offers you the redemption but not quite as you’d have wanted. It portrays both, the bully and victim’s world, but not in the colours you’d have imagined. Piggy is revolutionary, it is psychological and visceral and highly recommended!