Endgame: An Admonitory Tale On Why Listening To Your Parents Is Important 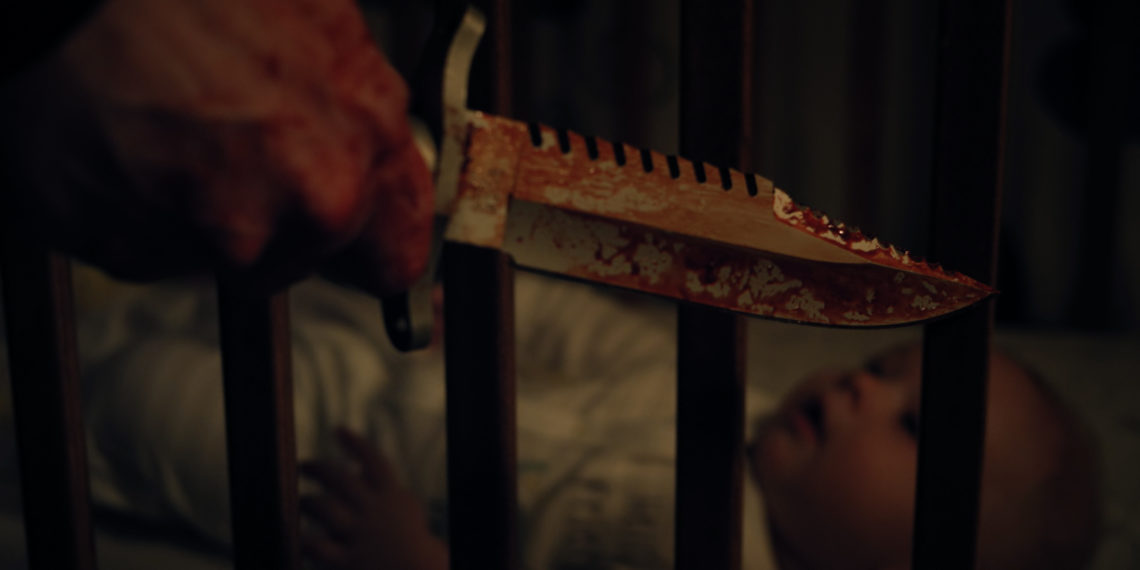 Director/Writer Magalie De Genova’s Endgame, developed from R.D. OvenFriend’s story is of parental sermons that turns eerily vindictive. For an 11:38 minutes long film, it manages to not only punch in the right amount of drama but also holds true to its signature horror without going overboard. A story within a story, that’s Endgame for you. When little William (Sage Burigana-Marcus) gets too engrossed in his game, his father John (Matthew Sauvé) admonishes him by narrating him a tale. What better way to distract a child or impart a lesson, one might think?

But this isn’t a regular bedtime story, as one might presume. As William remains glued to the narrative, so do we. And as Jono Grant’s music plays along, we know where we are heading to and remain braced for it. But nothing can quite prepare us for the turn of events. It is to Magalie De Genova’s credit here that we remain invested in this Chinese box styled timeline. As the story unfolds, Sauvé brings John to life. He is emphatic, warm and yet something about him rings the bells. William, on the other hand, is a regular lad. He’d much rather remain glued to his game than have listen to another one of his father’s famed tales. But, for once, this one tale has him hooked in.

From the exchange of dialogues, it becomes evident that storytelling is John’s forté. As he narrates the tale of another boy Colby (Findlay James Davies) an avid game lover, much like his own son William, we are deceptively comforted by the warmth of what feels like a bedtime story. But as the sermons start stacking one upon the other, we realize, as does William, that this is no ordinary tale. When Colby unwittingly reveals personal information, little does he know that his fate has been sealed.

Magalie De Genova & Ann Foo’s editing seamlessly sews the scenes together. The narration style is linear, but the back-and-forth telling of the story is exceptionally engaging in this case, particularly because of the acting and music. Without giving away much, the film isn’t just about sermonising, it’s about how storytelling comes to reveal something unexpectedly shocking for little William. Magalie De Genova’s Endgame is novel, it explores the horror genre, but adding subtexts to it make it more than just a gory retelling of tales.

The next time your parents start narrating you a story, don’t dismiss it as ‘just another tale’ quite yet, Endgame teaches you that!