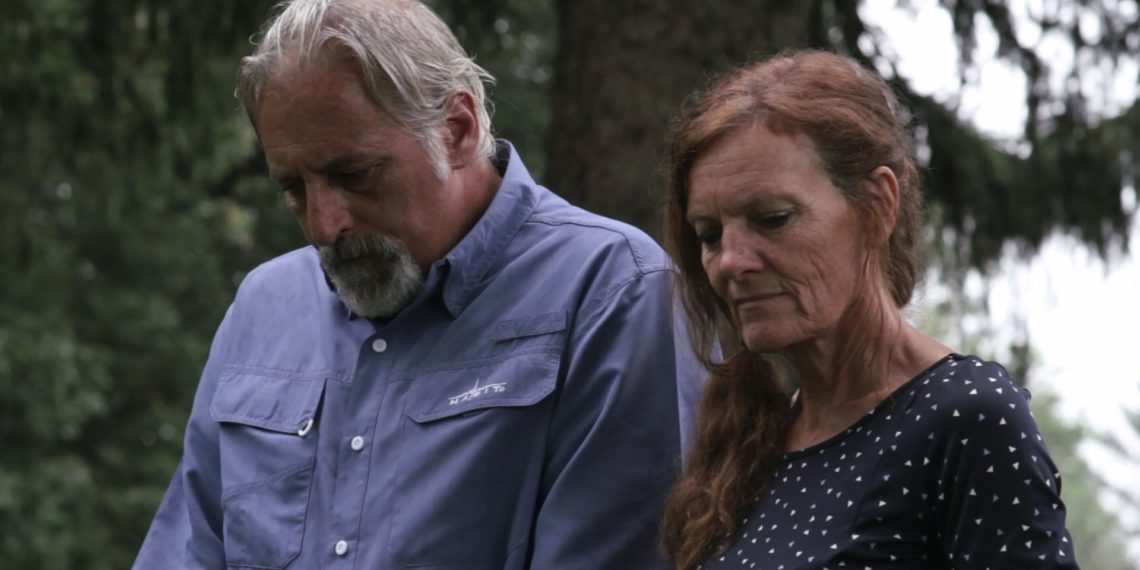 It is easy to fall into the trappings of nostalgia. That much we know and rarely heed. On screen too, nostalgic recountings of bygone days are an easy way to develop characters and plot. Sometimes too easy, and really just an easy way out. Charles Cunliffe’s Leslie’s Gift spends practically its entire runtime dwelling on its characters’ past, but without developing any appreciable depth.

Tommy, played by Dean Wellman, comes to visit his parents’ grave, together in death, even while they parted ways during their life. His sister, Leslie (Gladys Ressler), is already there. Seated on a bench in front of the graves, she waits serenely for her brother and they commence sharing their memories of their childhood and news of their current life. Tommy is visibly weighed down by a sense of guilt and sorrow. As he opens up to Leslie, she eases his conscience; by the time the film closes, Tommy is still grieving, but just ever so slightly, at peace.

Leslie’s Gift never attains the emotional impact it set its sights on because the script does not develop the necessary emotional depth required to make things matter. Most of the conversation between the protagonist and his sister focuses on this-and-that topics, regular conversations. It barely develops its characters. Films such as this rely heavily on its actors to hold them up, and both Ressler and Wellman deliver well, especially the very graceful Ressler.

Music is a prominent device used to add substance to the film, but this again lacks depth or significance. Cinematography varies in quality. There will be occasions when shots really speak to the viewer, while others have hints of unintuitive broad strokes.

Leslie’s Gift focused far too much on its little twist to create a better, more complex plot. With a ploy that feels like only a loose framework, it ends up far too flat and almost predictable to be worth coming back to.

First Mistake: Chemistry So Good, You Don’t Need Conversation To Fall In Love

First Mistake: Chemistry So Good, You Don't Need Conversation To Fall In Love