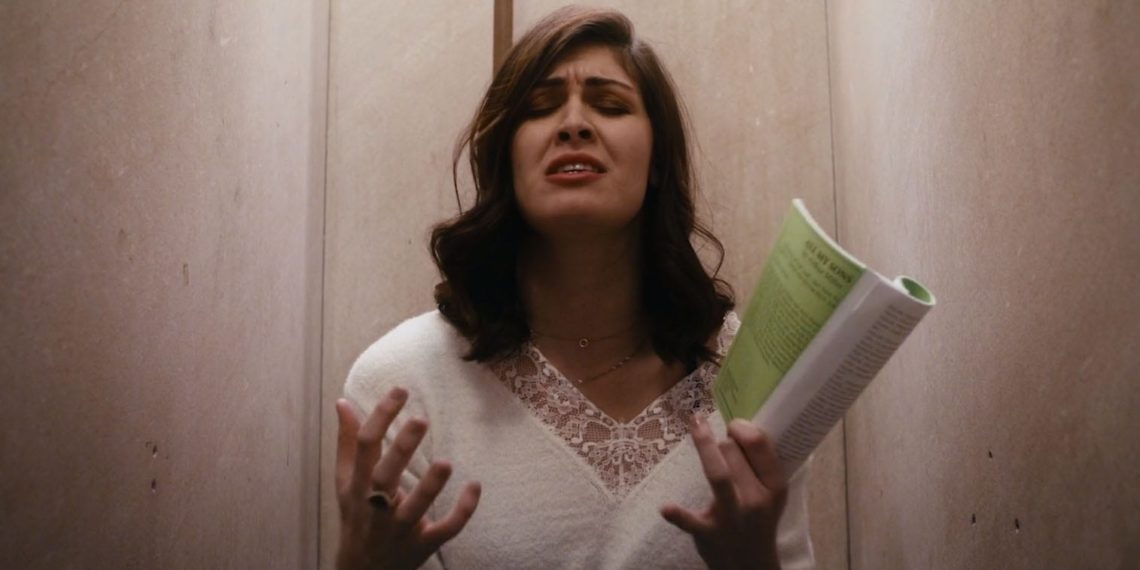 Following on the same lines of her earlier work (The Dark Side of the Sun), director-writer Samantha Michelle’s ‘In the Campfire Light’ is a slow exploration of the sexploitation in the entertainment industry. But, unlike the rest in the genre, it centres on the moments that lead up to the act than the act itself. When ex-ballerina Elizabeth, following a recommendation, joins the acting class of a famed coach, little does she know the world she is getting into. And as Michelle ensures we remain equally clueless, the film remains an unravelling of varied subtexts that play on the surface, leading to an expected, and yet unsettling climax.

Elizabeth, played by Sarah Rich, plays the central role, but don’t be fooled into thinking her to be the sole narrator. Although centred on her choices, both professional and personal, the 22:29-minute film looks through the lens of all the accomplices who make up for the claustrophobic space of the art industry. When a charming instructor Derrick (Steven Brand) nudges his students to their limit in an effort to bring out the best in them, he seems harmless, almost awe-inspiring. And, Brand plays the character with such an effortless charm, that it takes multiple viewings to discern the grey in his character. Elizabeth herself is as ambiguous as one can get. While her ambitions are clear on the go, her own lack of self-awareness and the want to discover her being, all in the backdrop of a twisted, imbalanced, power seduced space make for an interesting, if not disturbing plotline.

As the various students of the coach play with their own hidden agenda, the insecurities become bare for all to see. Michelle’s writing is compelling, giving each of her characters their own world to play in. By the end you are nearly convinced, there’s no black-and-white to this world. All are as layered and as grey as one can imagine. Joel Crane’s camera offers intimate shots of the audition hall; that coupled with the spotlights and lighting used makes for a stifling visual display as intended. The music (Yannick Canton), however, is sparingly used. The use of country music might seem odd to some, but there’s nothing to complain about the silences generously fitted into the screenplay.

Tony Clemente Jr.’s editing is neat, maintaining the pace of the film. As Elizabeth comes to deliver her monologue, the film is nearly midway through and there are still no warning signs given. But, there are plenty of cues that one can find– if attention is paid to the details, that is. Michelle ensures that In the Campfire Light doesn’t go overboard in its representation of powerplay. In fact, the narrative sticks to an overbearingly simplistic style to compensate for the complex characters and storyline. The teacher-student dynamics is well played out as is the competitive environment that it fosters. Add to that the stellar performances from the entire cast; it should hardly come across as a surprise to find In the Campfire Light receiving multiple accolades.

The film is disturbing with its open-ended climax, pulsating with its powerhouse of performances while also moving in terms of its representation of a world that is as revered as despised.