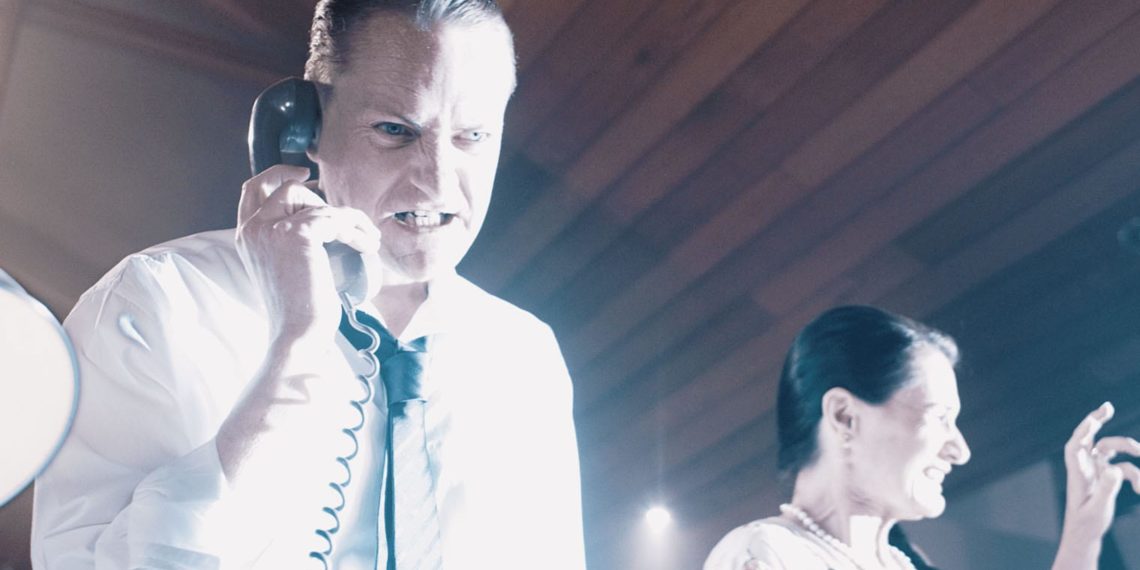 ‘The Malicious’ is a very unsettling short film that will have you on the edge of seats for the whole 18:45 minutes of its duration. The short film is an out and out horror, but you’ll never see the final twist coming, and it’d be a shame to reveal it in the review. The climax is mind-bending in all the good ways.

The short portrays the story of Beth and Robert who come under attack from unknown assailants. Beth (played by Jacki Mison) is married to Robert (Matthew R. Grego), an ill-tempered, abusive man. During a date night, while Robert pays little attention – all of it rude and almost threatening – to Beth, harsh lights and unnerving noises blare from all directions. As Robert unwisely thunders and barks and even goes out to challenge whoever and whatever is responsible, you know Beth is about to find herself minus an abuser.

Director Noel Vinson does a perfect job putting the script to work into film and creating visually stunning shots filled with adept symbolism. The director hints at the nature of evil hidden within all of us and how, if pushed, extremes come gushing out without bounds. It also deals with a fair bit of mental illness and how severely it can affect people. All of these things come together to form a thrilling story.

The cinematography by Timothy Carr is dark and gorgeous and creates a sense of foreboding, often hinting at future events to come. The director has used music (by Ryan Sorenson) to great effect to create a creepy air that adds to the general sinister feel of the film. Certain scenes that are truly terrifying to watch. It’s only when you put it into perspective later that you realize how it all fits into place. The script, also written by Noel Vinson is tight and fast-paced, giving the viewer no time to breathe and a lot to ponder on. At one point, you begin questioning the reality of the film, which for a horror movie, is an excellent sign.

Jacki Mison has impeccable acting skills that help you really get into her head and you feel the terror of how she’s dealing with assailants as well as her husband. Matthew R. Grego does an impressive job of portraying a brute of a husband who takes no time to let us know how little he thinks of her wife. This comes into play later in a very twisted way. Yannick Lawry does a decent job as the doctor treating Beth as a patient. His role is mostly in service of plot exposition and not a lot more. He still executes his role properly, which leads to the climax of the film.

The film is a perfect example of how to create the perfect horror-thriller style short that grips you from the beginning and leaves you with a sensation of horrified emptiness in the pit of your stomach at the end. It has an open-ended conclusion, and it is left to the viewer to determine what really happened, which is the real beauty of the film. Everyone can come up with their conclusions and none of them could be wrong.

#ShortFilmReview: 'The Malicious': Learn from Robert to not be a loudmouth in the face of danger! Click To Tweet