‘Lil Milkie’ Is What Mocking Many Artistic Cultures Is About! 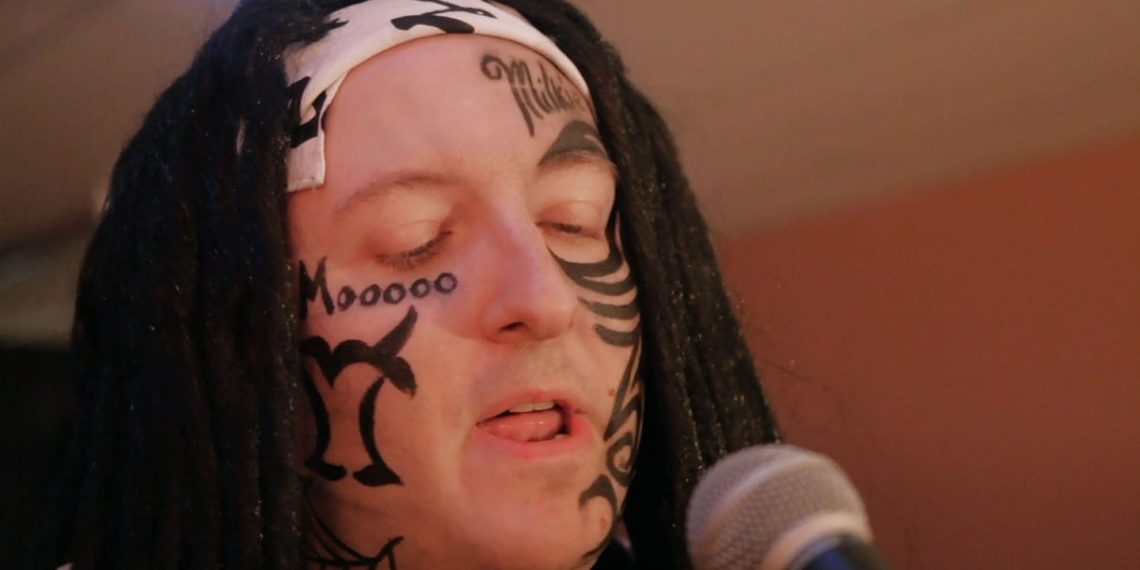 Written, directed, co-produced, edited and shot by A.M. FINE, ‘Lil Milkie’ is the journey of a rapper bearing the same name. As he becomes a sensation, so does the ensuing fall become inevitable and what follows is a bittersweet tale of vengeance and retribution. As a short film, ‘Lil Mikie’ tries to capture the central theme of the all-encompassing ‘rise and fall’ while attempting to satirize the pop culture but is dilettantish at both the attempts.

Beginning with the title card and good, quirky music, the short film opens on the face of Shaquille Azir relaxing in a studio, playing the important role of a bouncer, who literally gets the final act. And, we have the “Pimpsqueak”, a Rap artist played by Brycen “Bzak” Hunt, mute-rapping on the mic. His manager Benji, played by co-producer James Swoope, waits in his chair, ready to pump the star up when he finishes. As the foretold happens to pass, a janitor enters the scene and asks for a drink, which he snatches anyway when denied. The poorly constructed script feels weak and the actors’ unpremeditated performances make it unrealistic to the point of unacceptability. The janitor, played by Michael P. Nolan, now intoxicated, mumble-raps on the mic which over-impresses Benji, who then kicks out Pimpsqueak and hires the janitor under the name ‘Lil Milkie’.

The unrealistic and artificial portrayal of the typical rap artist, which the film seems to mock are simple stereotypes associated with the Hip Hop culture. The film, seeming oblivious of the difference between Pop and Hip Hop cultures, attempts to make jokes that fail to work when intended. *SPOILER* The plot seems quite unsure of what it wants to portray. Pimpsqueak takes his revenge from Benji by spiking Lil Milkie’s drink and after getting high, Lil Milkie raps what is the only piece of acceptable rap in the whole film, but for some unknown reason that the film fails to explain, probably the reason being good itself, he offends the crowd and Vince Lopez, playing the host; and gets thrown out of the club by Azir, along with Benji the manager, hence serving vengeance to Pimpsqueak on a plate.

The film seems to be completely unsure of any plausible meaning it wants to pursue or state, and fails entirely to immerse its audience into the narrative. Unnatural acting fails to create a tone for the film or to be funny, and unskilled scene construction adds to the agonising show. Add to that, there is an obvious lack of creative and meaningful ideas which could bring out a proper sense in the film and emotions that the audience could empathise with.

‘Lil Milkie’ unfortunately fails to deliver its intended outcome, despite having had a wonderful concept to milk on.

‘Hayley’ Tells You of The Horrors That Seldom Get Fully Resolved

'Hayley' Tells You of The Horrors That Seldom Get Fully Resolved