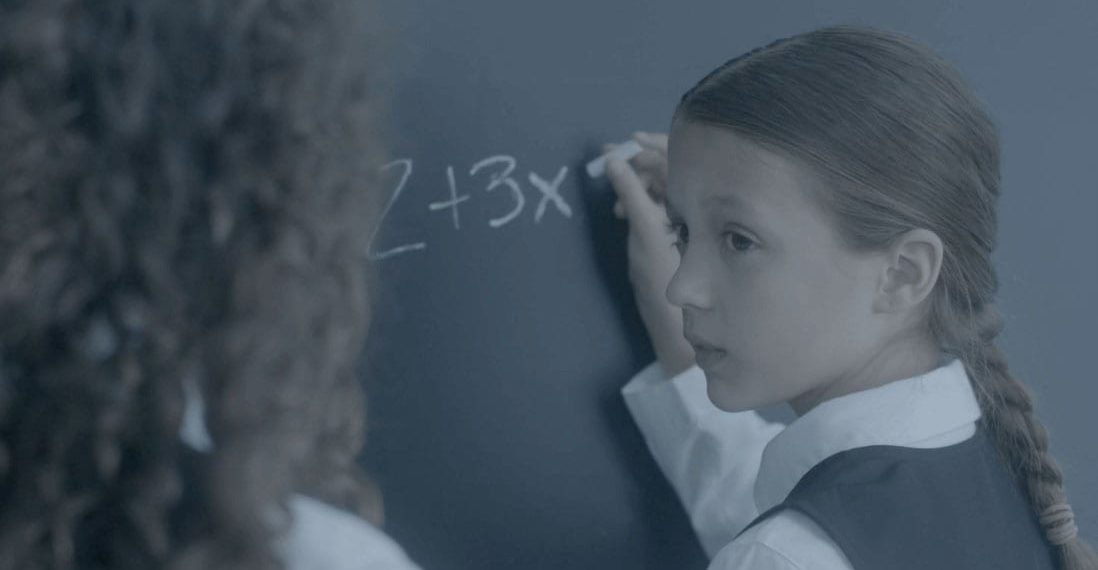 Winner at the 11th Annual Lady Filmmakers’ Festival (2018), ‘The Transgressor’ is a film that compels its audience to count their blessings while painting a very insightful picture of the world around them. Through its setting of a dystopian time-period where art, in any form, is outlawed, and where science and rationality considered to be the be-all and end-all of the universe, comes a chilling tale that upon closer inspection seems too close to home…

Writer-director Victoria Duncan has the knack of breathing life into her characters. Under the cloak of pretense, she brings to the foray a very serious, even contemporary issue (at least to some) through her directing that is pulled off with such nuanced subtlety that it’s hard to get it right around the first time! But, that’s what makes it even better; warranting multiple viewings.

Our story starts off with the young Amanda, played by the very talented Reese Hoggard who is one of the spies in the service of a tyrannous government. She is entrusted with the task of weeding out rebels and pro music and art supporters from the local school. It is disturbing, yet amazing how Duncan manages to pull off such a feat, of abject control in an environment filled with children. The scenes and setting unmistakably carry the haunting visuals of the Auschwitz.

The Commander, who is in charge of the missions and the spies’, Lex Wilson, does a wondrous job of giving a realistic depiction of his character. From his stern gaze and firm gait he bears the air of a military sergeant for whom his duty comes above all else.

Duncan gives wonderful arcs to her characters. For instance, Amanda’s relation with Mrs Johnson (Amanda Szymczak), whose task doesn’t match to her innate beliefs is one such poignant exploration. Upon seeing a shadow of herself in the young girl, the teacher reveals her true identity, that of being a closeted art lover; leading to fatal consequences. The loss of the teacher, however, couldn’t have come with a better return gift! Amanda tastes the forbidden fruit and there’s no turning back thereafter.

While Szymczak’s character remained one of the shortest on screen, it is she who lays the narrative for the rest of the film. Likewise, Bryce Ferrall who plays Mary the love interest/friend of Amanda does an amazing job at creating a contrasting similarity to Amanda. And it gives the audience a view of two different perspectives despite their shared .

Without giving away much, the interactions between Amanda and Mary hints at the struggles the minorities face today. The setting of each scene is very well calculated, be it the dull classroom that does not promote any imagination or the green fields towards the end of the film; all depict the struggle for freedom in such a manner that it is almost possible to narrate the story just by putting the shots in an ordered loop.

The crisp imagery captured by Sheldon J Walker and team gives the whole film its dull, much-needed vibe that goes hand in hand with the melancholic music by Markus Zakaria. It’s quite ironic how much creativity has been expended on a film that showcases an era that is bereft of the artistic side of the world.

#ShortFilmReview: In the world of 'The Transgressor', it's a crime to be the minority! Click To Tweet

‘Love, Gwen’ Signs Off As The Ultimate Ode To The Sibling Bond!

'Love, Gwen' Signs Off As The Ultimate Ode To The Sibling Bond!