‘Little Things’ Is What We Need To Save Us From A Mental Breakdown! 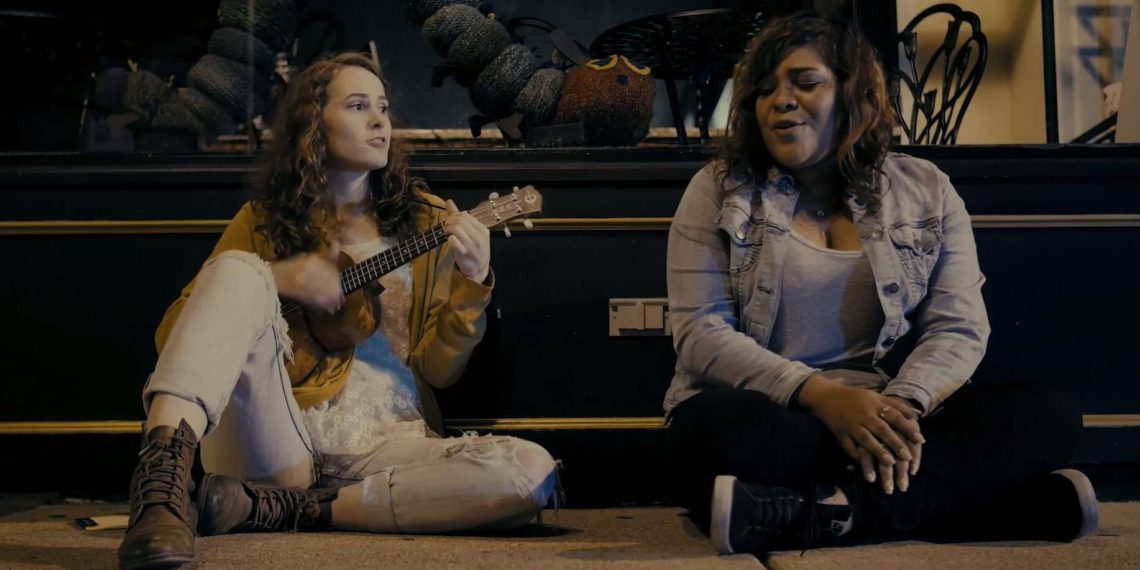 Directed by Andrew and Adrian Nuño, ‘Little Things’ is the subtle but powerful antidote on clinical depression that we are desperately in need of!

The movie opens with the protagonist Theodora or Teddy, as she prefers to be known, played by Lauryn Lugo, having a questionnaire in a seemingly regular session with her therapist (Jay Geller). As the questions dig deep into her life and her problems, her general, atypical yet very engaging answers unravel the little issues nibbling away her life. The opening scene itself establishes the premise of the film, with the large and intimidating therapist’s face asking her the million-dollar question, as to what prompted her to kill herself. The frame well used and although direct and seen before, the screenplay here, done by Lugo herself, is appreciable. The viewer can connect to the rant that follows the reply, about the little things she mentions. Little issues which constantly feed on her depression. Its toll well depicted in Lugo’s performance, the film doesn’t lose track of its narrative and ensures that its audience doesn’t either.

Lugo’s screenplay is brilliant. Just as the audience starts to question Teddy’s state of mind, Lugo maneuvers her character with witty, to-the-point dialogues. As Teddy decides to put an ultimatum onto herself, the narrative picks up pace as if to not disappoint the audience with what is anticipated to be the most likely outcome. Oh boy, how Lugo loves to play her audience!

Teddy’s aimless walk along the suburbs brings her to meet some of the most interesting characters. Her first being Ana (Charlie Irving), a girl mistaken for busking on the street, she sets off Teddy’s tryst with her first philosophical sojourn for her night. Thereafter the plot continues to baffle Teddy, confronting her with a mugger and a chance encounter at a newly opened restaurant.

When a stranger’s financially unyielding passion, or a visibly amateur mugger, Pete (Mateusz Wielomek)’s take on the relevance each person holds is shared with Teddy, her mind begins to falter from its resolve as does the audience’s from what they expect. Daniel Gebert’s cinematography, from the handheld camera scenes which renders in its shakiness the unsteadiness of the protagonist’s mind, to the mid-angle and long shorts, the camera picks the little notes left behind by the characters.

As a final stopover, Teddy goes to a newly-opened restaurant and meets the soft-spoken, charming Millie (Anita Nicole Brown) and her hot-headed, but loving husband Harland (Keith Kelly), Teddy’s resolve is completely destroyed by now as is our hope restored. Lugo offers the cyclic narrative here, bringing to closure Teddy’s dissonant relationship with her mother.

The performances of the actors are good, convincing and appreciable at places. Irving does by far the best job in keeping it real. The transitions felt a bit too long at places even if the shots of her walking around were impressive and vivid. There was a little lack of subtlety in the performance of the extra dynamic couple, but as first-time owners, they do a good job of everyone too, along with Teddy. The song rendered by Lugo and Irving, ‘Constellation’ is very well shot, with the camera, depicting the now comfortable Teddy, zooming in slowly but beautifully on the singers. The use of music (Phillip Rapa) is apt and very good.

Though could be lessened from its running time of 40:50 minutes to prove its point, the movie ends up with a different Teddy, more aware and confident now, and also accepting of her shortcomings. When she is asked from where she was drawing her happiness from, the ‘Little Things’ ironically become her strength.

The tone of the film, shot in bright night lights in streets, railway tracks and alleyways, captures urban loneliness, and discontent, and is spot-on. The mood gradually shifts as the protagonist learns a different meaning and importance of the little things, and the complementing good and bad that comes in things of all sizes.

‘Little Things’ is a philosophical walk-through through the minds of its characters and offers that shimmering hope which we all seek when the clouds go grey on us.