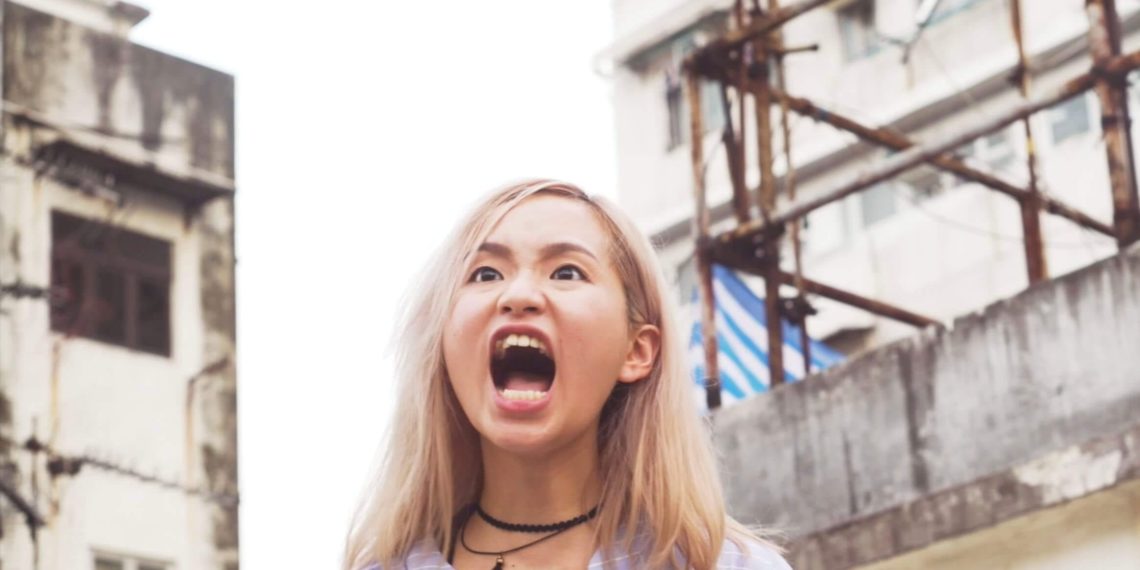 In a world which can best be described as a bottomless pit, where vulnerable teens fall through and find themselves in situations they are ill-equipped to handle and from where the system does little to rescue them, it often falls to victims themselves to grow up quick, to keep themselves safe; and in general, just survive. Such a world is thrown into sharp relief in Nicola Fan’s short, ‘Lil’ Tiger’, following three teens over the course of a day as they navigate life on their own in Hong Kong.

Lil’ Tiger (Rachel Leung) is an 18-year old, fresh out of the juvenile detention center; Ming (Venus Cheung) is a 16-year old working part time and unwilling to return to her eighth grade for a third, consecutive time, while her 14-year old sister; Wing (Kathleen Poon) tries to make “easy money” by getting involved in escorting and wants nothing more than to “grow up fast.”

‘Lil’ Tiger’ is a bittersweet story, and one that is all too familiar to people without the safety net of cold hard cash. Little kids that graduate from playing with the sticks in the mud to smoking for the first time to trying out a drug or two to ending up in juvenile detention centers lead a marginalized existence along the fringes of the society. Their lives seldom valued, let alone studied. However, in creating these three characters that find very specific places on that spectrum, Nicola Fan tells a story that is real but determinedly hopeful.

Where the film offers something unique, is in its craft. Tik Man Tam’s camera is for a large part deliberately kept awkward, as if to imbibe the awkwardness of the teenage years. It gives off a sense of experimentation but when looked closely, many of these shots may look like they are unnecessary but deeply effective in building the tension. Leung exhibits open vulnerability. As she growls, “You know what I’ve done, right,” one cannot help but think that this is a person who isn’t capable of the aggression she claims to have had an outburst on – and that’s the believability in the performance. Cheung portrays her character with a hardened motherliness to Kathleen Poon’s Wing, while both of them find a sense of safety under the wing of Lil’ Tiger, herself barely an adult. There is a quiet affection in the bond between Ming and her boss, who looks out for the teen without being imposing. The story wins in little moments like these. The soundtrack is wistful and melancholic, but with a restlessness that is as quintessentially teenage as its hopefulness.

By the time the film closes, the three have fought individual and combined battles within the course of a day, stopping to laugh while licking their wounds, sharing a smoke and dreaming of a way out. And, wistfully you wonder if that is the case for all teenagers…?

‘Alice���s Misfortunes In Underland & Through The Looking Glass’: This Tale Is As Urban-esque As It Can Get!

'Alice’s Misfortunes In Underland & Through The Looking Glass': This Tale Is As Urban-esque As It Can Get!