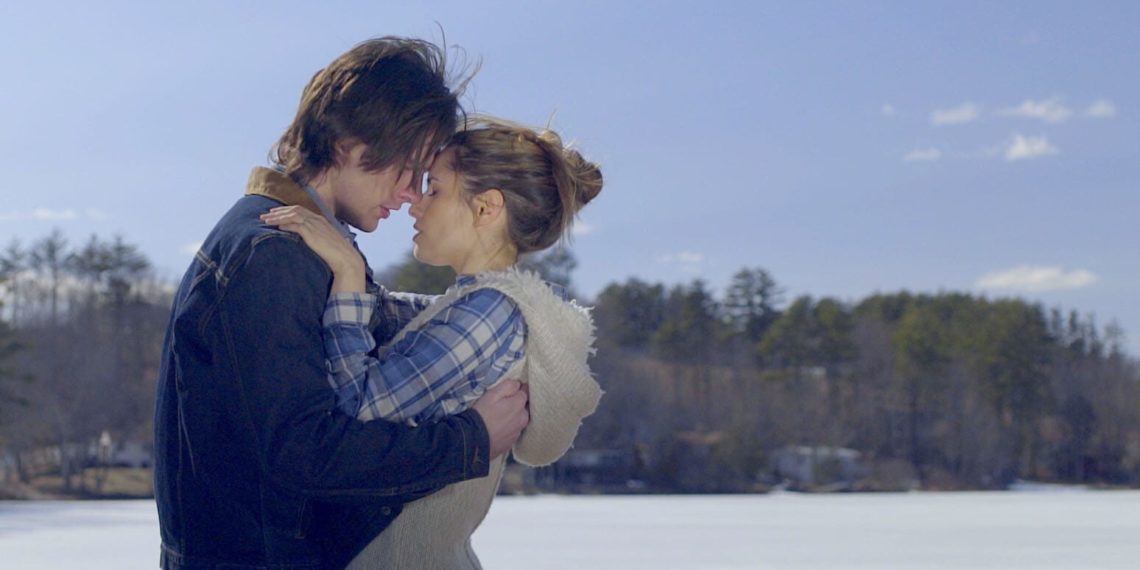 From under the banner of ‘Abandoned House Productions’, directed and scripted by McKegg Collins comes an unusual love story of 10:55 minutes. Starring Sarah (Asta Paredes) and Evan (Clay von Carlowitz), the film is not only unusual for its narration style, but also approach towards its genre.  ‘Eros Point’ opens to a panoramic shot of Barnstead, New Hampshire (USA), under cinematographer Lloyd Kevin Hembrador’s lens. He wisely introduces the location to the audience, setting in the desired mood for the ensuing effects. Barnstead offers the much needed visual tranquillity and stage for the story to unfold.

The premise of the story centres on Sarah and Evan. An injured Sarah aided by Evan reaches in what appears to be an abandoned or unoccupied house in the woods. Collins cleverly uses the house as a key element that binds the characters and offers a peek-a-boo into their past. The genre of the film is deliberately left ambiguous. At times it’s made to feel like the thriller we have gotten accustomed to, whereas at other it gives the chill down your spine.

Without giving away the many spoilers, the film tries to explore the fragmented relationship of the couple by juxtaposing it with their past and the happy times shared. In the climax offered, Collins leaves the audience with the choice to interpret his characters the way they’d like to. But, when it comes to the composition of the shots, Hembrador uses the basic grammar of videography. He uses the lines to lead the eyes of the audience to the subject. In his frames, he maintains the rule of the thirds and gives adequate headroom to the talents. His shots are a mixture of mild and cool colour palette, thus adding to the ambiguity of the genre.

‘Eros Point’ stumbles in its dramatic representation, due to conflicting representations and cyclic narrative style. Paredas and Carlowitz, though talented, falter in their dialogue deliveries. However, they both pull off their characters with well-orchestrated chemistry that’s hard to miss.

Paredes’s lyrics and Zachary Lapierre’s musical composition of ‘Never have I Ever’ plays a melodious and vital part in the film. The placement of the song in the timeline couldn’t have been any better either.  ‘Eros Point’ is worth its time, for its visual appeal and is a recommended short for those interested in unusual love stories…