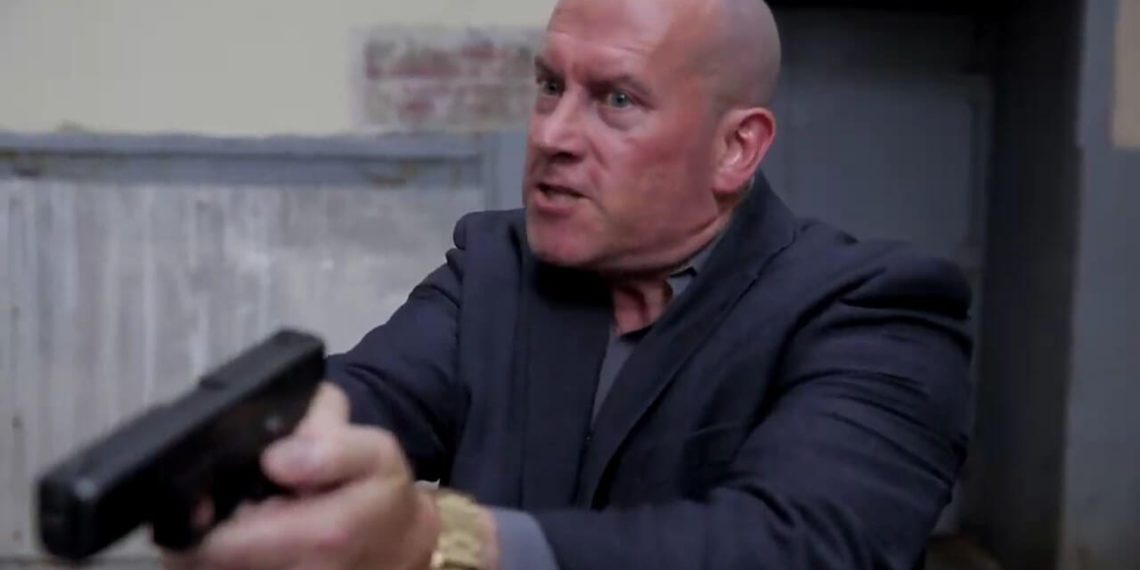 ‘Arson’, the word simply implies the malicious burning of property. But, here in this film, it is replaced with the coinage of the destructive violent fire that blazes within all beings, good and bad alike. ‘Arson’ isn’t the kind of film that features thrilling car chases, replete with high octane entertainment. Instead, it dwells on the real-life turbulence of its lead cast. Kei, a self-righteous investigating officer, played by Jo-Anne Lee, has a grave case at hand. Ordained with the task of rescuing Gus’s (Julian Masters) newborn child allegedly kidnapped by his brother Dante (Christiano Sanchez), her character is the trope we are accustomed to seeing.

Gus and Dante are not the best of Samaritans. The world could easily do without them. They are both men wanted by the law, for crimes committed either due to their direct involvement or simply because they were born into those circumstances. The background score (Jessica DiMari & Gabriela Baez) looms high on suspense, creating just the right amount of tension in the proceedings. Right at the onset, the mood is set, with a limping Gus (probably from a gunshot wound) confronting Dante; a picture of utter anguish and helplessness; the film is set to roll.

Lee is tough, hard and earnestly captures the essence of a woman who masks her vulnerability well. The actress is a trained martial artist and dancer and that explains the dexterity in her moves. Through her voice and mannerisms, she brings out the icy coldness and aloofness, much needed for her character. Kei has a high moral ground that places a barricade effectively preventing any kind of relationships that might limit her role as a law enforcement official in the society. It’s a well-written character, for certain; and even better translated to the screen.

Her scenes with Nate played by Lucas Niedzalkowski do add a bit of drama to the story. Nate is clearly infatuated with Kei but quite unable to cut the ice with her owing to the past horrendous incident which is still fresh in her mind. Kei, as the self-righteous investigating agent, struggling to confront her inner demons makes up for a decent watch. Mack Abrams as the FBI chief delivers a measured and restrained yet intense performance as the chieftain who wants his job accomplished come hell or high water.

Christopher Ortiz’s direction and screenplay comes across as gritty and dwells on the subject without straining too much and deserves praise for creating just the right amount of intensity in the storyline. ‘Arson’ is an interesting take into the crime and law enforcement organization, but with the heart and soul of familial ties.