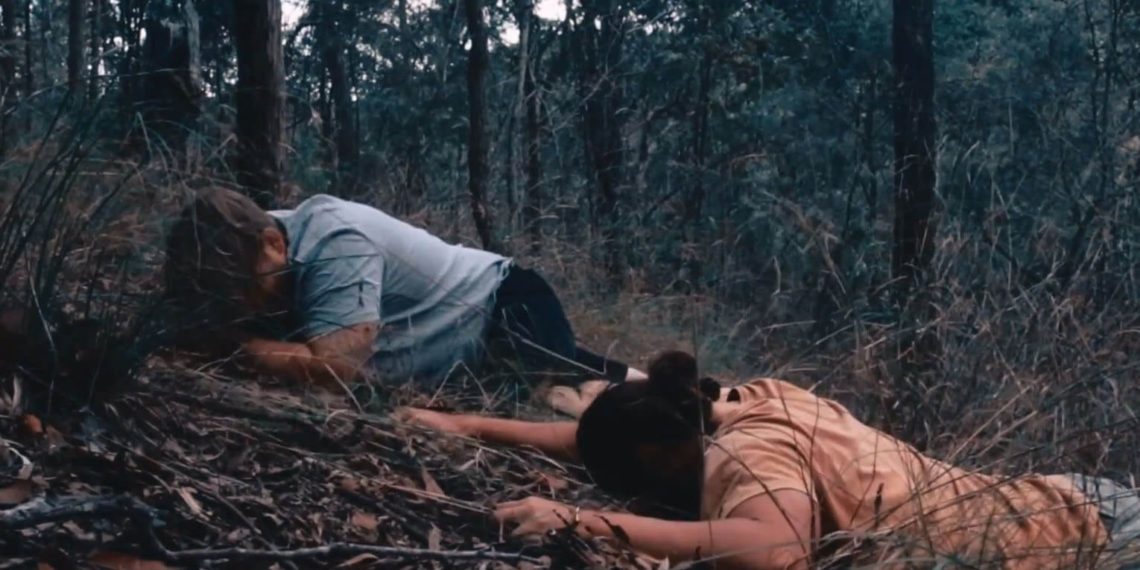 Filmed at Queensland, Australia, ‘Victorious’ opens to the riveting soundtrack of Ryan Taubert. The film, a taut display of determination, will and fortitude opens to a blackout. A hand appears to pick up the mobile. It is of Josh (Cantona Stewart). The intense atmospheric luminosity and the close up shot capturing the unrest on his face; director/writer/editor, John Hopper, cashes in on the frame to establish his plot. The camera slowly pans to the right introducing the title. With a thunderous crescendo of a soundtrack and the introductory scene, the premise is well set in high energy.

For the next one minute, Hopper uses various camera angles to establish the strain Josh undergoes as he holds on to his dear life. The premise of the film on the efforts made by Josh and Daniel to defeat their temptations, from the want to caving in. The storyline offers multiple subtexts to validate this. For instance, Josh being tempted by the mobile, whilst reading a book is just one such incident. Hopper delves into his creative spirit to engage in thematic storytelling. He manages to place the battle metaphorically, without making it seem overly dramatic. Daniel (Jeremy Woodhouse) and Josh (Cantona Stewart) are both trying to climb up the steep in the woods. Each time they stumble, the fall is legit.

Writer (John Hopper) has opted for minimum dialogues. He instead, wants his audience to read between the lines. Wide angles are used to capture the picturesque beauty of the scenery, be it the lake, trees or even just the sky; the usage of rule of thirds with the correct placement of the subjects is well implemented. The drawback of the film, however, is in its character arches. It appears as if the characters were either not well written or designed to be limited to its roles, like that of Daniel, whose sole purpose seemed to be that of cheering Josh.

Hopper is wise in his colour choice. With a vivid selection of hues, his writing and the direction gets a new tenor to it. Even the colour of the costumes added are a wonderful contrast to the surroundings. The usage of the lighting too provides an aesthetical pinch to the frames. The symbolism isn’t lost to the audience. Shades of yellow and orange add warmth, hope and optimism to the scenes as do the rest. Since the narration is sustained on minimal dialogues, it is well supplemented with a wonderful track of ‘Highs and Lows’ by Hilson Young and Free. The narrative packed with montages laid over on the background score gives the film a razor-sharp edge over the others and a heady pace.

‘Victorious’ isn’t about the battle or its outcome. It is the battle cry!