‘Deer Season’ Is A Visual Treat, But Offers A Predictable Conflict… 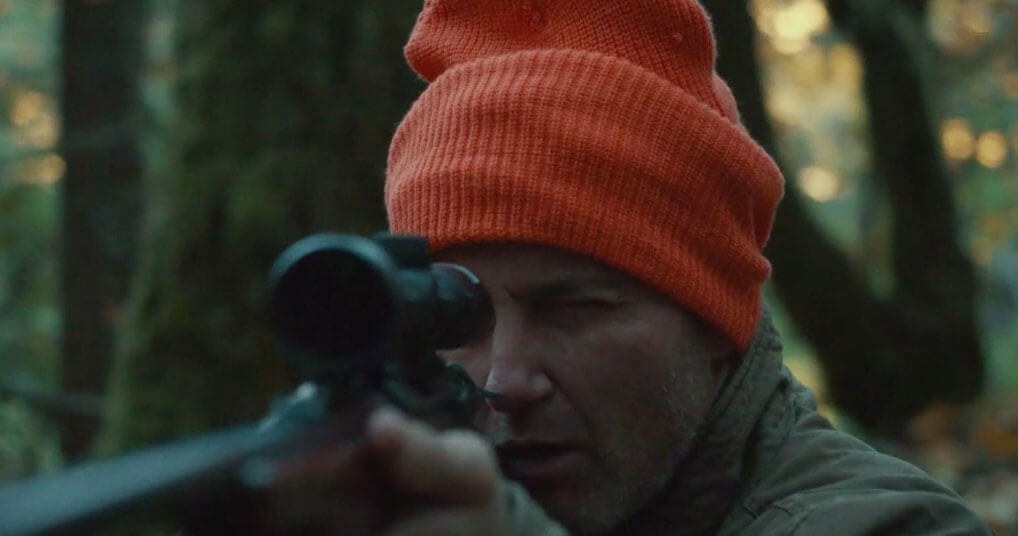 Cameron McHarg’s 9:40 minutes’ short ‘Deer Season’ sees two friends who drive into the woods of the Pacific Northwest to hunt for deer but leave burdened with a damnable secret instead. McHarg, writer and director, plays the lead role of Blaine, while Hus Miller (who co-produced) plays Mike.

Winner of multiple awards, ‘Deer Season’ is visually rich and contains commendable performances by its lead pair. Where it falters is in its story and central conflict, which is rather predictable and thereby disappointing. The audience is neither surprised by the truth nor startled by its appearance. The character arches or the plotline could have offered a lot more, instead. Jacob Rosen’s handheld camera helps build up and maintain tension with close-ups and mid shots, complemented with Gabriel Jon Britz’s editing. Britz lets the shots breathe just enough before cutting, maintaining just the right amount of tension while also letting the audience form a fleeting sense of connection with the characters. Aiden Ramos’ sound design and Aaron Jaffe’s music, again, contribute skillfully to holding and conveying the tension.

The colour palette – another important factor in Deer Season’s success, triumphs in showing its story – comprising of blue toned greens, ochres and oranges, creating a visual mood that resonates with the tone of the film, it adds layers to the skilful cinematography and direction, making it a delight to watch! Amidst this, Blaine’s loud orange beanie sticks out, drawing attention to itself – almost like a foreshadowing metaphor for its owner, who is about to draw perilous attention to himself. Blaine’s jocular reference to (and two brief displays of) it’s “criminal” look doesn’t help either. When he momentarily dons it just before the climax, it is meaningful; an intelligent decision on the director’s part.

As for the actors, McHarg delivers a very natural performance, sitting comfortably in the skin of his blundering character. Miller, on the other hand, sometimes falters but manages to create a convincing portrayal of Mike.

Overall, this is a neatly executed film that draws you in so subtly, you barely realize it.