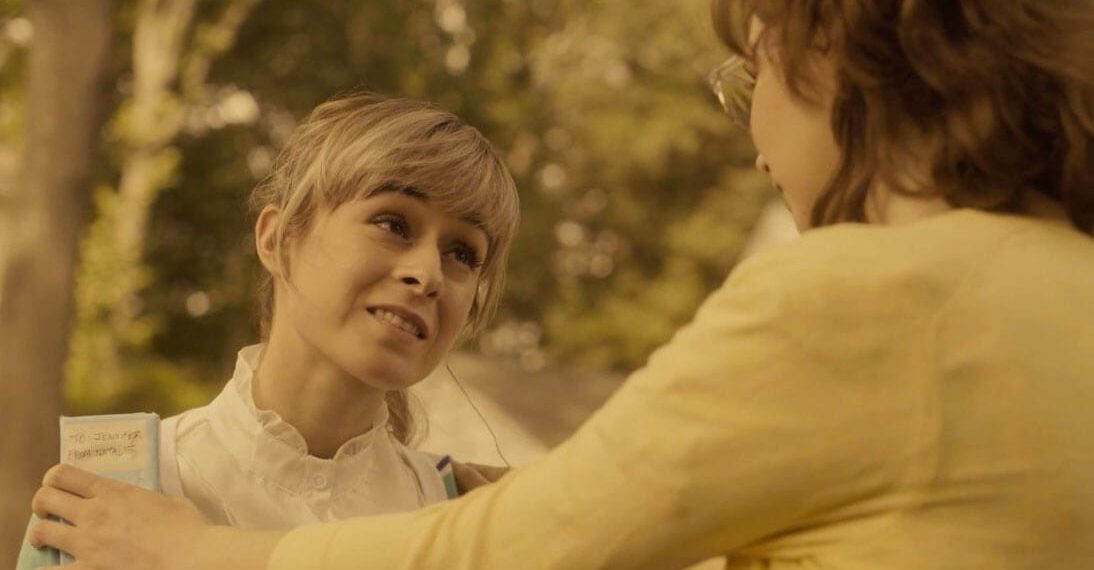 The film opens to Jesse Thum’s music and it turns your calendar to about three decades ago. It’s the eighties and for another 15:54 minutes, director & writer Colin James ensures that you don’t forget it. The popular horror genre of the eighties with the stock characters, gory visuals and thumping music made for the favourites of many teenagers. Now, decades later, they continue to be remembered fondly by some. ‘Birthday Bash’ is an ode to that era. It’s made purely for those in search of stoking their nostalgia.

It’s the year 1987. Springdale is slowly awakening to the most happening party and the news of a dangerous patient on the loose from a mental asylum. Kristin (Mallory Roach) & Natalie (Carla Duval) who are en route the party scene, think little of it, despite Kristin’s trepidation. The party belongs to a certain Jennifer (Shay Guthrie), for whom friends mean a little more than party attendees who’d swoon at her every word. James’s writing is topnotch, giving even the most archetypical characters depth and significance to the plotline. While everything from the costumes (by Megan Ormond) to the setting is brilliant in emulating the essence of the eighties, James raises the bar in the characters’ development.

Brendan Engle’s cinematography tones the frames to fit the mood, regardless of the scenes being shot indoors or outdoors. Right from the first scene, the premise is so beautifully explored through hues of sepia, midnight blue and neon filters that they complement the pace very well.

When guests fail to turn up and the existing ones go missing, it doesn’t take long to get the hint. But, to James’s credit, the predictability of the plot is thwarted with surprising twists. The dialogues exchanged between Kristin & Courtney (Maya Tripathy) delicately touches upon deeper issues thus giving cues to their character development and the social set-up of that period.

‘Birthday Bash’ with its nearly perfect setting of the 80s’, foot thumping-electronic background score and bloody macabre, is the ideal homage paid to a time that still holds significance to some. (Special shoutout to the costumes and props department for holding on to the authenticity!) And, for those largely unaware of what the ‘slasher’ genre comprised of, this one could easily make for an interesting watch!

‘Bonsai’ Offers A Way Of Coping With Loss…

‘Itsy’ Tells You How An Act Of Kindness Can Set A Soul Free...