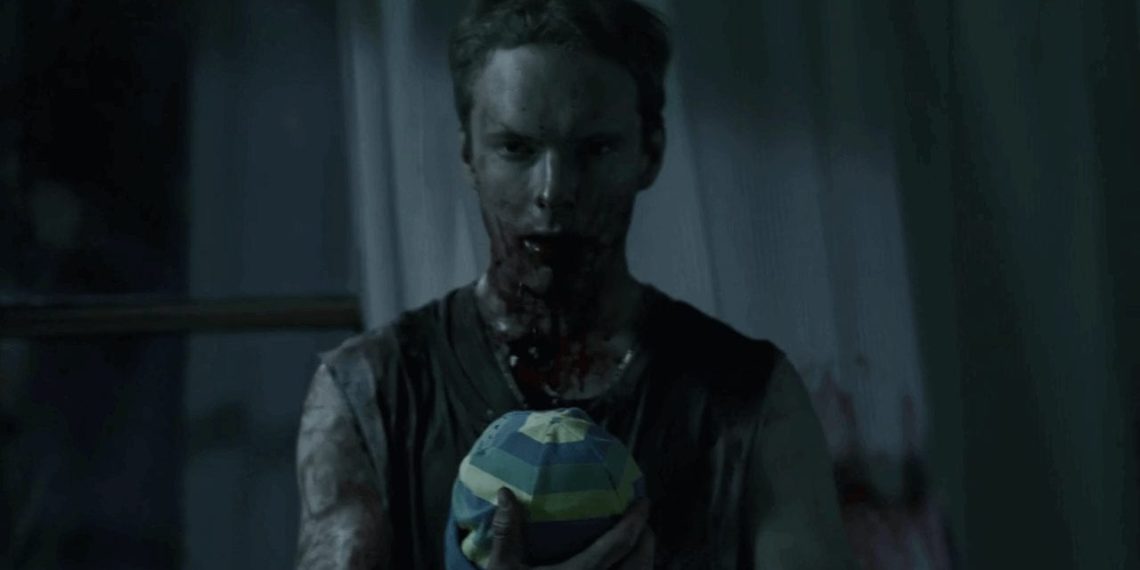 The woods are central to this mind-boggling psychological thriller, written by Lucas Flasch & directed by Felix Ahrens. German police officer Elke Steber (Henrike von Kuick) and her partner Armin (Tom Keune) are in the midst of a routine stop-and-search inspection of a moving vehicle near the Czech border. Upon their repeated requests the car is forced to halt near the dense woodlands. The police-duo share a mutual trust and commence with their routine when the car-driver (Fahrer played by Michel Diercks) makes for an unexpected, seemingly guilty sprint to the woods. A split second decision by Elke is what sets a tone to the entire film, thereafter. 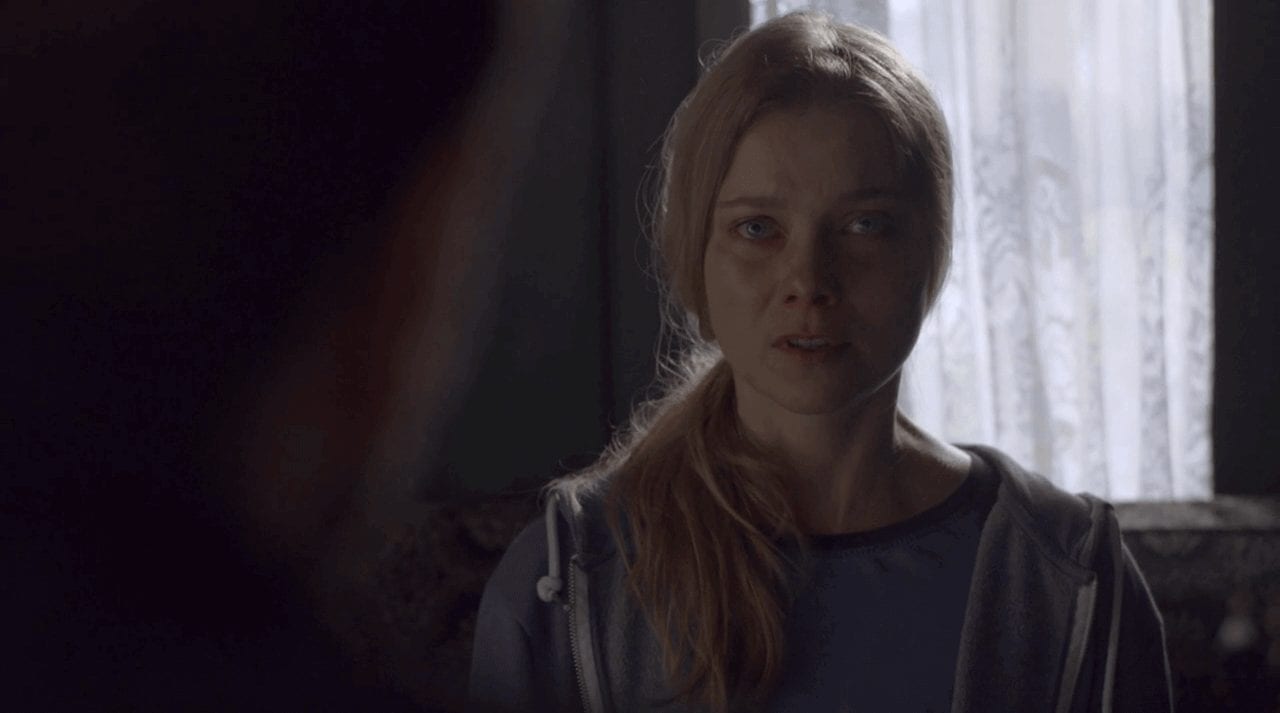 Without a backup or even her partner’s consent, Elke takes after the sprinter who has clearly become a fugitive in her eyes, to the thickest of woods. What follows is a parallel revelation by Elke and her partner. Whilst Armin discovers a bobby pistol from one of the pockets of the co-driver he has managed to apprehend, Elke seems to have lost Fahrer and is radioed in to share her location and findings. But, time isn’t anyone’s ally, or slave. What happens in the next couple of seconds determines the fate of everyone around those woods. A split second decision often weighs more after that moment passes and Elke finds herself to be no exception to that universal law.

When Fahrer attempts to make a final run, Elke ensures it is one, with her shot. As she tries to curb the blood-flow from the fatal wound she caused in Fahrer, a seemingly frozen Elke has a thousand things running on her mind. What follows is her suspension whilst investigation proceeds to uncover details of the shootout that lead Elke onto the uncertain grounds of duty vs. guilt, obligation against irresponsibility & reconciliation vs. redemption. As her life begins to fall apart, she starts to make amends in the manner she understands best, albeit it only leads to her spiraling further. Whilst Armin remains as supportive as he can be to his partner in this crisis (the victim turns out to be innocent, for lack of evidence) his own limitations are at play that further pushes Elke to the edge. 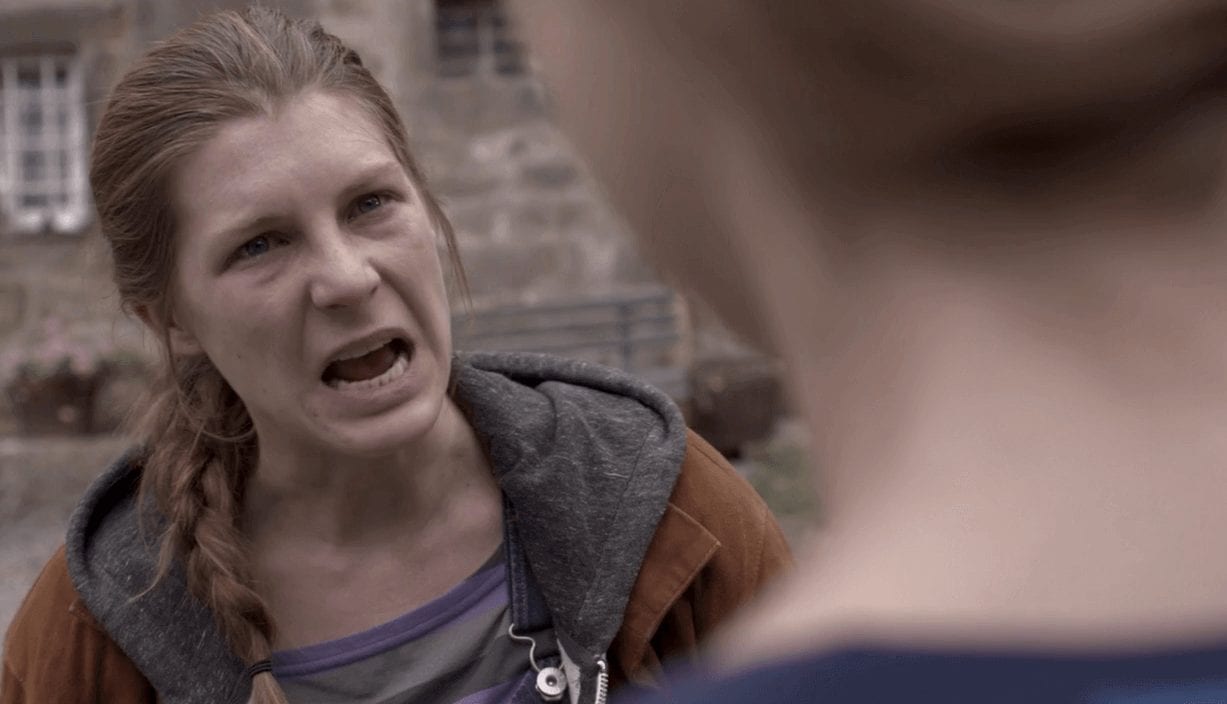 As she makes attempts to reconcile with the happenings by offering her sincere apology to the family of the victim, she is left distraught when the victim’s sister (Karolina, brilliantly played by Anna Schinz) displays open bitterness and hurt. Whilst Fahrer’s brothers seem equally naked in their feelings, it is only his mother who despite the hurt seems to be willing to reconcile. As Elke begins to lose her grip on the reality, her own guilt and hurt deepening the wounds, her final journey back home is marred with the police stopping her to inspect her car.

What seems like the complete circle of Karma will make the audience question everything they have understood thus far. Flasch ingeniously adds layers not only to the characters but the sub-plots as well. Whilst it is Elke who remains central to the plot, every character is well-etched and placed. Regardless of the duration of her scene, the mother (Jaromira Milova) does a spectacular rendition of the grief-stricken mother who has lost her son. 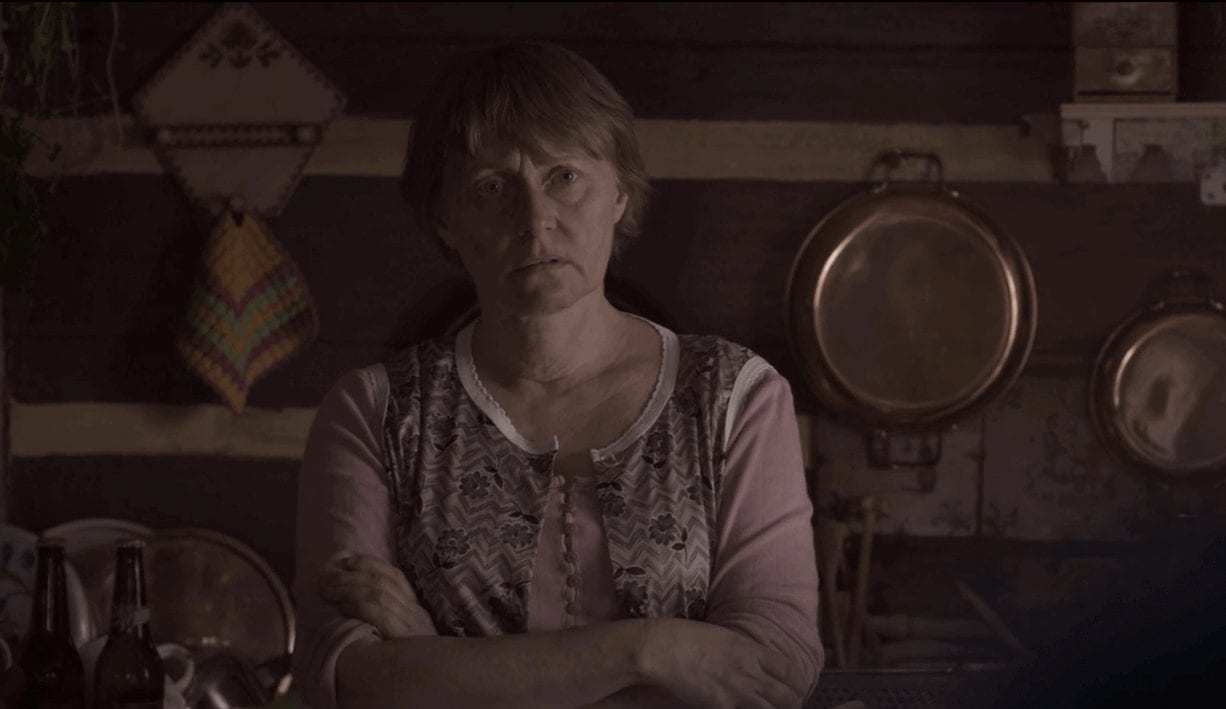 The narrative is slow in its pace with breathtaking shots of the woods and the driveways. The music is sparingly used; instead, Phillip Feneberg uses silence in itself as the background score for most scenes, which in itself is far more effective considering the complexity of the emotions at play.

The plot is deceptively linear, leaving it entirely to the audience to decipher the turn of events, which progresses along the timeline. ‘Where the woods end’ is a testimony to the fact that complex narratives can be explored in a short duration. Watch it to find out if Fahrer was an innocent victim of police shooting? Indulge in this indie to figure out for yourself if Elke finds the redemption she is seeking for! But, most importantly watch it for the spectacular shots and the riveting ending that will put you in a spellbind, most certainly.

Watch Where The Woods End Trailer:

Where The Woods End Is A Psychological Thriller That Will Play On Your Mind Long After Its Over!
4.1 / 5 Stars
Direction
Cinematography
Screenplay
Editing
Music
Tags: Oscar Short Listed FilmReviewShort Film Reviews
Previous Post