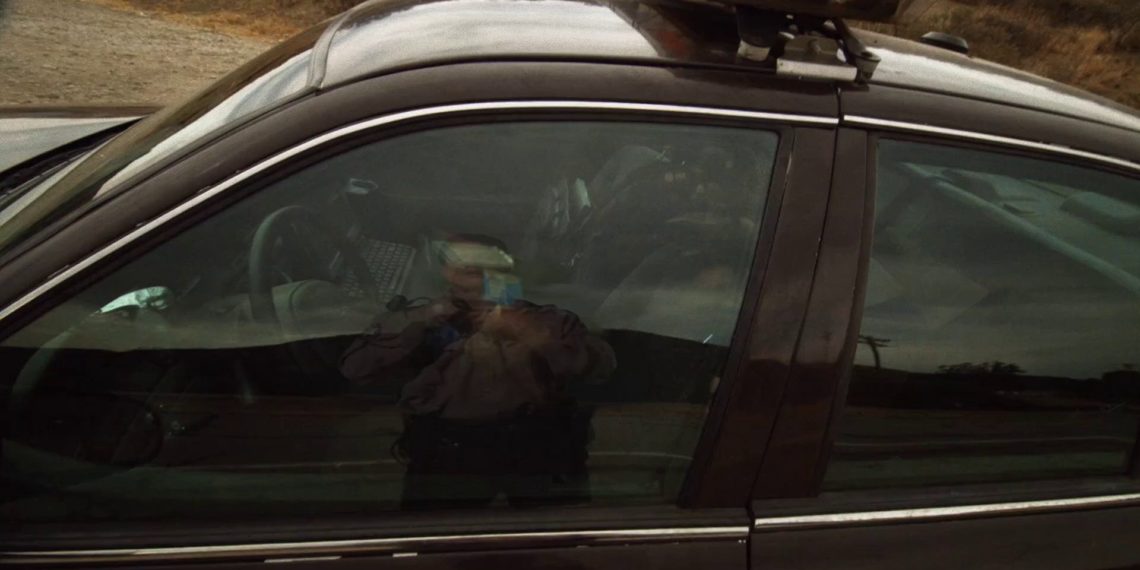 Shot as a first person point of view, “Random stop” is true, the brutal story of a deputy sheriff who pulls over a hostile driver on a lonely stretch of highway as the last stop and is faced by a fatal outcome.

Directed by Ben Arfmann, the movie starts off at a slow pace where we find our young deputy sheriff on his way home at the end of his shift. The 1st person POV gives us the impression of a slow, morbid movie lacking luster. The sheriff gets a phone call from his wife and he flicks through cheerful family photographs. Through this scene the director probably wants to give us a happy, contented family-man image of the deputy.

He decides to make a final stop as he spots a speeding pickup truck all over the road. Now, we find that the plot escalates at a surprising and sudden pace. The speeding driver, who seems peculiarly aggressive from the start, gets into a verbal altercation with the deputy when apprehended. He then pulls out a gun and starts shooting at the deputy. The deputy tries to retaliate by shooting back, but he panics at the suddenness and violence of the situation. Even being a trained police officer, he acts as a layman. His inefficiency in handling the situation fills us with empathy for him.

Both the actors performed well enough to bring this tragedy to life in a passive yet thrilling manner. Geofrrey Kennedy delivers an incredible performance as deputy sheriff Kyle Dinkheller who is terrified and stumbles into tragedy quite fast.

Brian Krause portrayed the aggressive driver perfectly. He is the epitome of terror. He never gives the sheriff or the audience a chance to recover and get back on feet from the shock as he pounds on and on.

The direction is brilliant, giving an intense, unpredictable edge to the movie. The way Ben Arfmann unravels the tragedy to us in such a short time is realistic and intimidating.

The abrupt change in the pace of the movie thrills and jolts our hearts. The camera movement is a bit crisp but bearable.

“Random Stop” has a harsh, pessimistic take on life where the incompetence a police officer has a deadly consequence. It is a gruesome reminder to us all of the frailties of our lives and the insecurities reality. It leaves an intense impact on the audience, scaring and horrifying them to their core.

Overall, this movie is worth a watch giving us a brief glimpse into the lives of police officers who risk their lives daily for our security.