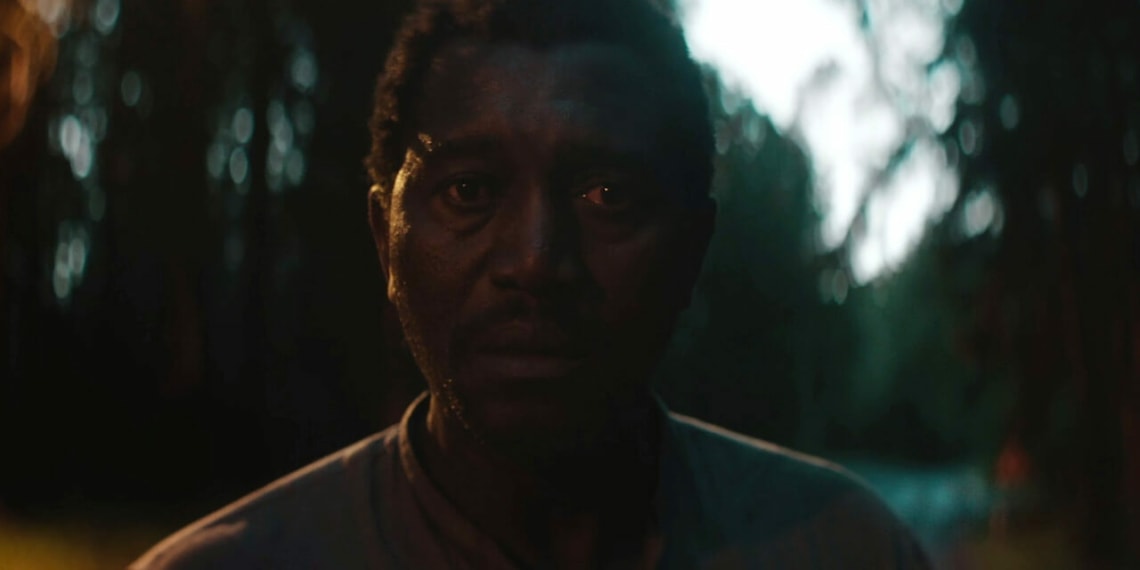 Re-Entry, based on the well-known Andy Weir short story, The Egg, has taken the story and turned it into a moving visual poem. Written and directed by Ben Brand, the 9-minute film boasts of refreshing cinematography, appropriate for a story that brings the very nature of life and the universe into question.

For those unfamiliar with the story, a man (played by Isaka Sawadogo) dies and meets God (voiced by Johnny Bang Reilly), somewhere in between death and the next life. When he is able to move past the grief of having had to part from his family, other questions arise. What next? Where next? And every other question that comes up once you have to contend with the end of regular concerns. There are no on-screen dialogues, and God is entirely unseen; instead, as Sawadogo’s character looks on at the woods around him, and his own broken body on the ground, the conversation is carried out in the voiceover. It adds to the otherworldly nature of the experience: a conversation not requiring physical manifestation, while the man glimpses snatches of the world and its people, as though leaping through space and time, boundless and weightless.

As God explains away, what seems unconnected at first, starts to fall into place. The East Asian woman with her grief-stricken face, the little African boy running carefreely, the huddle of people who seem to belong to a different time altogether. Shot in multiple locations (DP Maxime Desmet), from Mosul to Namibia, the locations look stunning and add an authentic feel to the production. The profoundness of the story makes you feel alternately tiny and huge, oscillating between the two, and sometimes, coming to float comfortably between the two.

Comfort is indeed the keyword. Weir’s story serves as salve to existential dread, while also carrying messages of empathy and kindness. If all the world is really you, and if every ounce of pain you might choose to inflict, you really are just inflicting it on yourself, would it not logically make sense to be kinder, more empathetic, more patient? And at the end of it, you get to be God. What could be cooler, or more soothing to the despair and burden of existence?