Point Symmetry: The Aftermath Of Hate 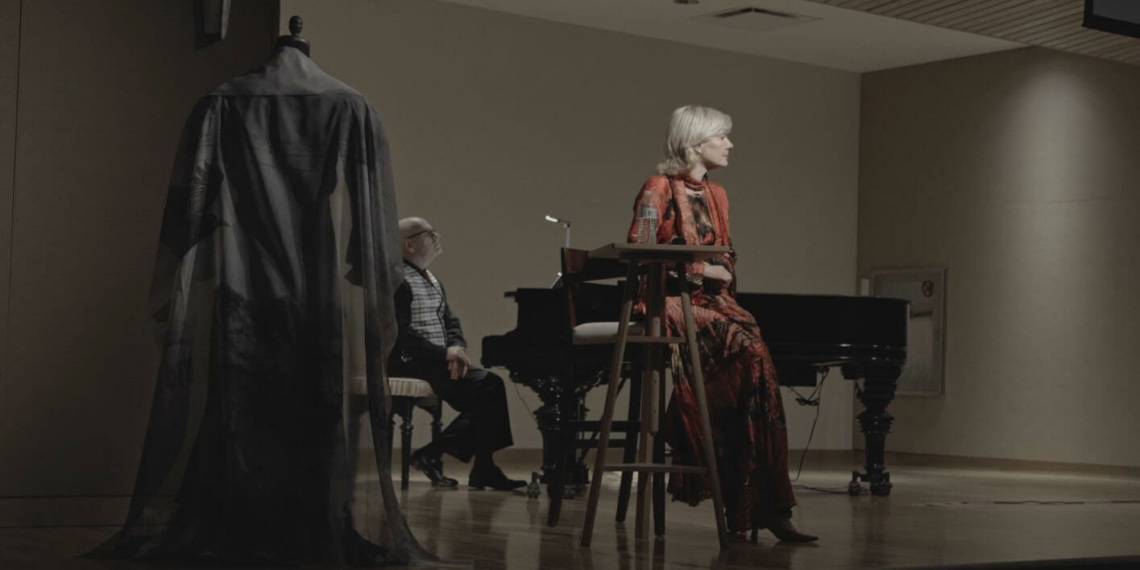 The 16-minute documentary, Point Symmetry does something unusual: it highlights the experience of a daughter confronting the legacy of having a Nazi father. Directed and shot by Anna Panova, this is one half of a film that tells two parallel stories, starting off on extreme opposites, finally meeting, decades later, at a common point: hurt children.

Ute Gfrerer, a singer, and Lisa Rosowsky, a fine artist, now middle-aged women, are children of men who were part of WWII—Gfrerer’s father was a Nazi soldier, and Rosowsky’s father was a Jew in hiding and on the run, and who was orphaned by the war. In Point Symmetry, the two women come together to organize For Our Fathers, an event to commemorate their experiences of growing up with parents whose history weighed heavy and turned them silent. In Gfrerer’s case, however, there was also anger, loathing and regret exchanged between father and daughter. That accumulation of emotions make themselves obvious even now in an adult Ute, whose interviews reflect the same anger or, perhaps more accurately, hurt incredulity, in her that sprung up years ago as a child and teenager.

Rosowsky’s father, Andre, is there to tell his own story, a more familiar one, and yet it does not fail to shock or hurt. The documentary uses a wealth of archival footage and photos; it is a credit to Panova and editor Kuldeep Gangola that the photos evoke a strong sense of poignancy. Rosowsky’s own art is incorporated into the narrative (as is Gfrerer’s singing) and they inform the film’s mood and tone with the very thing that For Our Fathers and this documentary is trying to achieve: it tells the story of inherited trauma, fitting the film with pieces of a new person dealing with old wounds.

The film closes on a shot of a car moving through the night, and mournful music over it, but it also contains strains of possibility and hope, as though travelling towards a future less weighed down by trauma. Point Symmetry serves as a reminder that the echoes of hate and violence are felt across decades, centuries, generations. Yet, those responsible for it rarely experience it, unless the casualties are their own.

Point Symmetry: The Aftermath Of Hate

Forever & Always: A Heartfelt Story Straight From The High Schools

Forever & Always: A Heartfelt Story Straight From The High Schools