West Winds: An Emphatic Take On Isolation, Uncannily Timed With The Pandemic 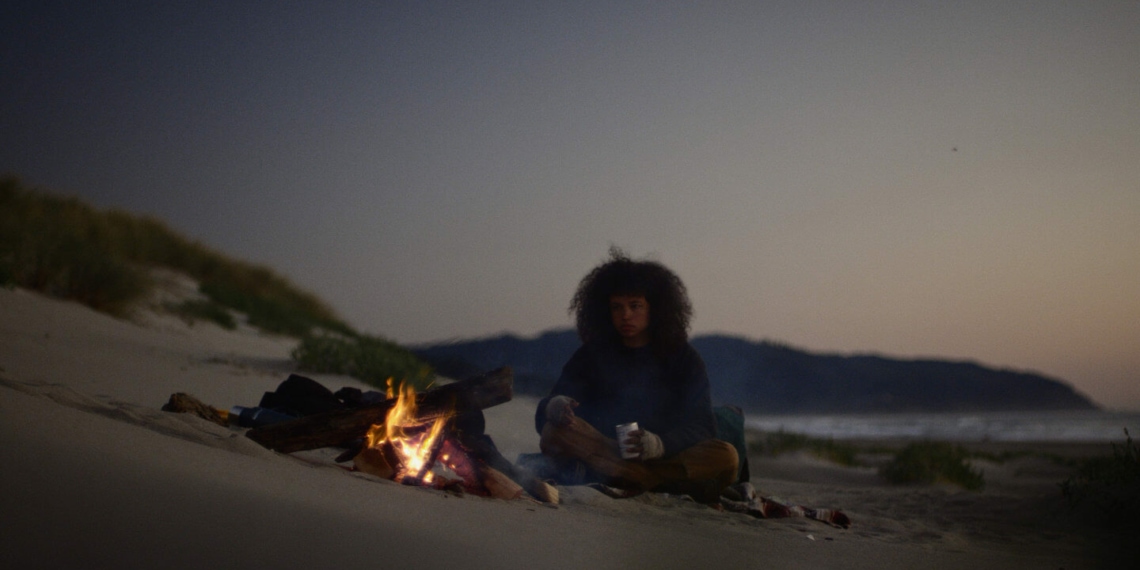 It is hard to pinpoint the success of a film to a singular event. It is even harder to not pin it onto the most overriding aspect of its filmmaking that establishes this. But, in Matthew Thomas Ross’s West Winds, there is something for everyone. Whether you are an audiophile or an aficionado of visual essays, through this very simple, yet deeply affecting story what Ross manages to establish are two things: one, he is a master storyteller. Two, a well-made film will always find its takers.

Holland Andrews who plays our nameless character (Jane Doe) finds herself in an undefined post-apocalypse world. Alone but strong-willed, we discover her journey in the 16:43-minute short, while being acutely aware of how close it hits to home. That she is probably the lone survivor of the catastrophe is established within minutes of the opening shot, that too, in her own voice. The only instituting dialogue of the film, a voice-over, overlaps against the tides in the undisclosed location. And the effect is striking.

Filmed in the Pacific City (Oregon), cinematographer Paulius Kontijevas handles his camera like the wind. At times strong, at others gently. But with each frame, he captures the brilliance of the location and the sheer isolation of the only character in the frame. With the vast expanses that fill the frame and Kyle Morton whose composition follows it, this world is far away from the usual settings we are used to seeing of the apocalyptic world. The overexposure of it notwithstanding, West Winds, not only breaks the monotony of it, but also by effectively using such a pristine location, makes the build-up to its climax only that much more dramatic.

The winds are rumoured to make the place habitable for humans. We soon find this to be true as she unmasks herself. But when one night her belongings are washed away by the tides, she is forced to camp herself indefinitely in this forlorn land. With no one to accompany her in her misery (and loneliness), our Jane Doe soon finds that the perils of survival aren’t just the physical dangers often considered. Andrews whose performance shines through with each passing minute, owns every frame. And, when Bubba (Niles) enters the story, as the audience we are riveted not only by the plotline, but also the soulful connection she establishes with Bubba. That connection cannot be faked. Andrews and Niles create and spin magic as we remain invested in their story.

Matthew Thomas Ross and Hanna Hagen’s editing makes this under 20-minute duration fitting for a story of this genre. Any longer, it would have lost its pull, any shorter it would have passed as yet another science fiction of the year. But, by keeping it tight, West Winds manages to have the surprising effect of creating the panic, despair and hope—emotions that have become all too familiar with what humankind is facing presently.

Reserving the spoilers, watch West Winds, to relive, reexperience and reimagine a world where warmth, love and peace is simply an arm’s length away. And, when the heart breaks ultimately, to remember that hope comes unexpectedly to those who choose to wait out.

West Winds: An Emphatic Take On Isolation, Uncannily Timed With The Pandemic