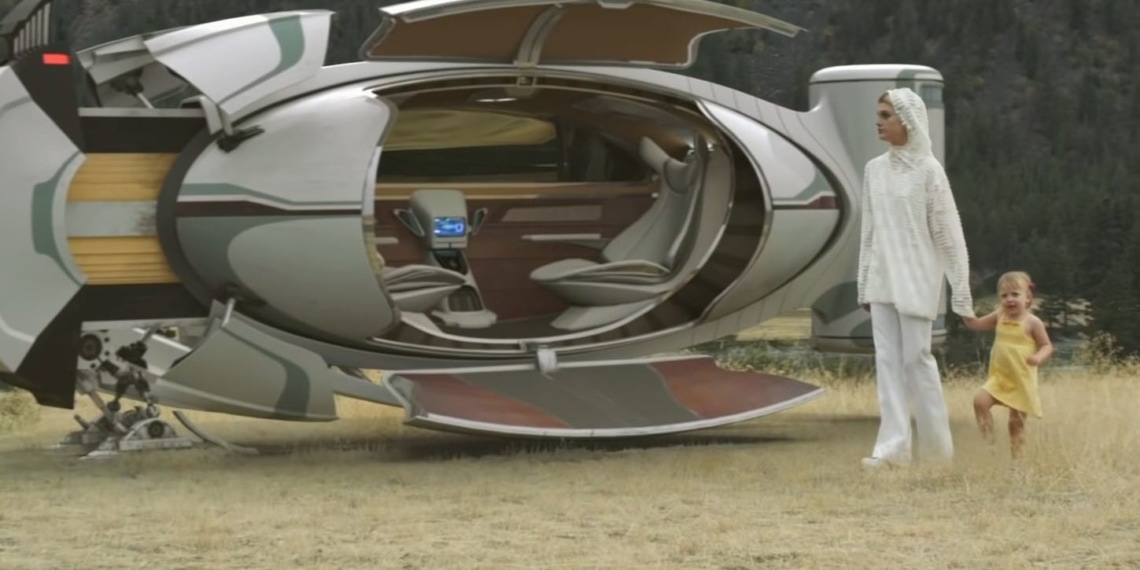 Co-writers Warren Flanagan and Paul Flanagan explore metaphysics, the conscious and the subconscious within a realm of exquisite colours and expertly-handled VFX effects. 10 minutes of pure fantasy, the film touches upon existential and spiritual philosophies laden with scientific and theological references.

Evelyn (Stacey Armstrong) wakes up to find herself attached to the inception machine. At this point, all we know of her and her backstory are from the surroundings. They resemble a highly developed and functional artificial environment, a mix between an incubator of sorts with psychedelic connotations of an unearthly ambience. We witness her birth in a spectacular display of graphics and animation. Armstrong plays the child and in that instant, as she attempts to break free from the amniotic sac-like structure that holds her, the screen bursts into colours as the attached machines whisper in an alien language, codes and information. Strangely, it’s not binary as one might expect, but a mix between the ancient words spoken in a long-forgotten language. The effort to keep the film rooted in its high concept is laudable. All the efforts are pushed into that direction, albeit at the cost of the rest of the filmmaking’s technique.

Metta Via carries with it several subtexts. The graphics used, the imagery displayed carries with it a faint hint at the various, ancient religions that are definitely earthbound. The choice in colours and display, seem almost an ode to hieroglyphs and ancient texts. But, it is Evelyn herself that remains the focal point of our story. It’s the journey of her subconscious that we witness, both in her waking, conscious self as well as in the deep recesses of her mind. A tough task that director Warren Flanagan does his best, to strike the balance between fantasy and science.

In her mind’s eye, Eveyln witnesses her earthly journey, its trajectory and where it’s meant to lead her to. As for us, we see the alien vessels, their universe interlaced with ours. It is a kaleidoscope of colours, memories and complex ideas. For those not too keen on the genre or the concept, the film might seem hard to relate to, but regardless, the artwork, animation, VFX, why, even the prosthetics and makeup used are stunning and on point.

Another glorious facet of Metta Via would be its music. The composition by Doug Paterson and Jeramiah Ross fill the silences and the effect is electric. Minus Warren Flanagan’s production design and art director Milena Zdravkovic’s hand, the film wouldn’t have stood the test. What the film lacks in writing, it makes up for it with its special effects. Armstrong needs to be lauded, for it’s not an easy feat to make Evelyn affecting. There are limited scenes and even more limited screen time allocated and yet she manages to deliver them well.

Metta Via is highly conceptual and almost poetic because of the myriads of interpretations it offers. Highly enjoyable if you are someone into sci-fi or existential philosophies.