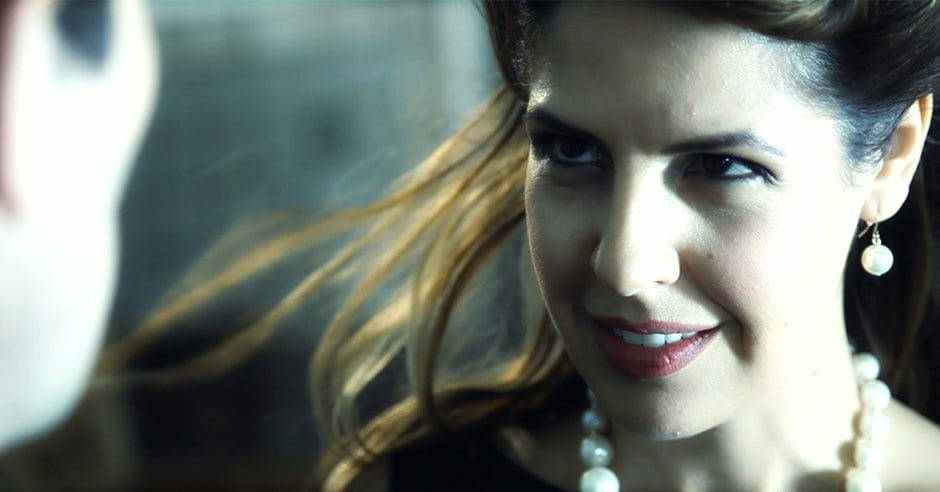 Quick! Hide your kids in the closet! James is out at large. Hold that thought, James doesn’t like to go after little kids, does he?
He’s got a hankering to murder all you women out there!!

A ridiculously handsome face. A seemingly warm smile. That guy-next-door look. Whip up all of these phrases together and you have James.
James is an ordinary door to door salesman. He knocks on people’s doors with the intention to sell vacuum cleaners. Little does his clients know that he has a demonic side to him that likes to kill women?

The rest of the story sheds light on why James does what he does.
Although there is a disoriented climax and it’s as if two different stories are being merged together.
Apart from this tiny glitch, the film as a whole is more than okay.

Director Misty Hayes must be granted a Hi-5 for putting together a film which is slightly spine chilling. A serial killer on the loose who murders women is something that everyone has heard before but Misty’s direction and thinking has made it vaguely unique. Three cheers for Misty Hayes!!

Second in line for a round of applause is writer Misty Spitzer.
Okay, there are 2 Misty’s?
Misty Spitzer has chalked out James’s character. Even though James is a serial killer, she has given his character an optimistic aura and that confuses the audience whether they should consider him as the antagonist or the protagonist?
Spitzer has beautifully written the whole story, giving it that much-needed thrill. She has presented James with a humane touch which works better than the stereotypical serial killer look.

Sam Swanson aka James is our not so creepy yet handsome serial killer. Just because he murders women doesn’t mean he has a cold heart. He is very much human and has emotions. There comes a point in the story where he seems apologetic for having committed so many murders. Swanson takes away the spotlight with his acting. Playing a serial killer isn’t a piece of cake, but Swanson sure makes it seem that way!

THE LAST DOOR makes you a part of a serial killer’s life for about 15 minutes. In those 15 minutes you are flabbergasted and are left with only to two feelings: sympathy & empathy. It is up to you to choose between either and judge James.

THE LAST DOOR makes you a part of a serial killer's life for approximately 15 minutes. In those 15 minutes you are flabbergasted and are left with only to two feelings: sympathy & empathy. It is up to you to choose between either and judge James.