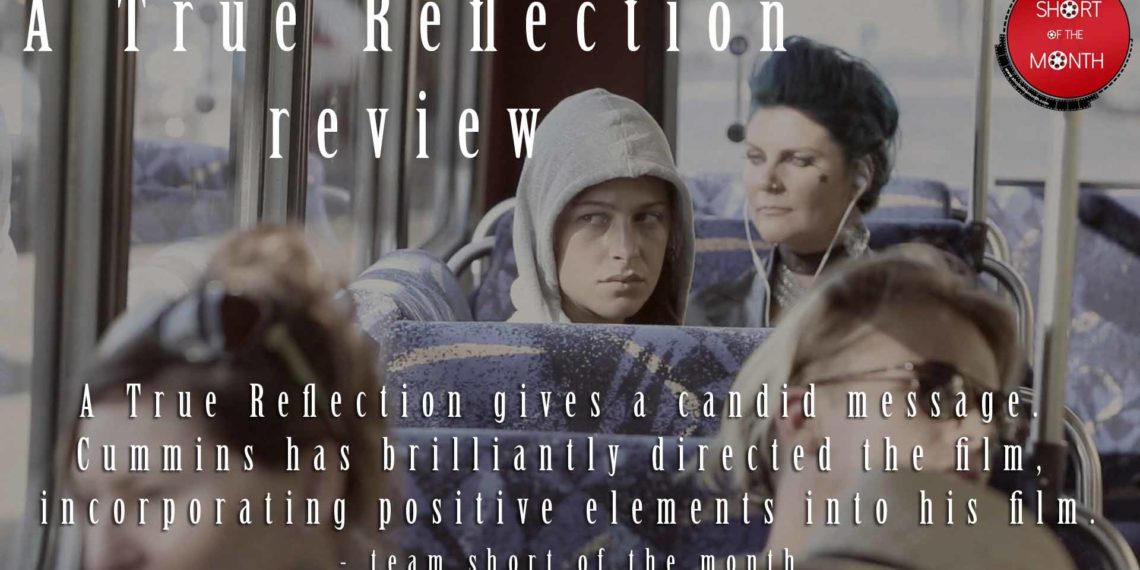 A True Reflection knits in together the lives of four individuals who are waiting at a bus stop. These folks board the bus, and during their ride two bullies get in at the next stop. An incident occurs, which changes the perspective of the protagonists, changing how they see themselves deep down.

Director Jayden Cummins has tried to convey a strong message through his film. He has tried to make the audience understand how everything isn’t always what it might seem.
In his story, Cummins puts together 4 people, who appear a certain way on the outside, but their real self is so much more different. He depicts how people are often scared to exhibit who they really are.

The actors have done a decent job. Their acting might not have been top-notch, but the other elements have balanced things out. Cinematography and editing are the highlights in this film. Camera work is simply amazing. Editing gives it a good boost. The color balance is outstanding. Musical element is in sync with the scenes. It is subtle and sweet. A True Reflection gives a candid message. Cummins has brilliantly directed the film, incorporating positive elements into his film.

A True Reflection gives a candid message. Cummins has brilliantly directed the film, incorporating positive elements into his film.