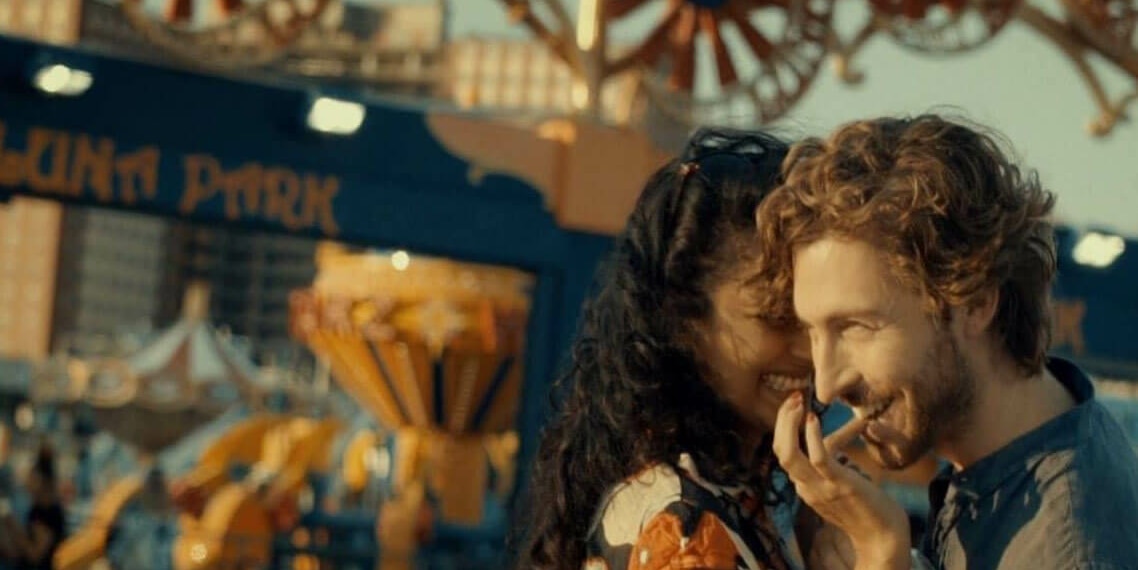 Writer-director Nora Jaenicke’s Proof couldn’t have come at a more appropriate time. A film on love and borders, immigration and aspirations, the short, all of 10:58-minute in duration builds a narrative around a woman whose love life soon becomes the bone of contention between her dignity and dreams. Granted the new cabinet in the States is clearly leaning towards a more liberal stance when it comes to immigration, the rigmaroles of the bureaucratic procedure cannot be overlooked. Add that to a woman’s life, one who is already feeling torn between the place she calls home, and the place she wishes to make one, the idea of having your heart set in two places remains a pipe dream, even today, especially for some.

Iman (Preeti Gupta), a Pakistani immigrant who is enrolled at NYU not only has what many Asians would consider as the golden opportunity, but a red carpet welcoming her to it. In love with a NY native, Iman has everything going in her favour; until she reaches the immigration office, that is. Suspected of immigration fraud, her American dream soon starts to fizzle in the air. But, what is noteworthy is that Jaenicke ensures to let her audience know this isn’t someone who aspired for citizenship. It came as a consequence of life-altering plans; like in this case her love life.

Jakob Creutzburg, whose cinematography consumes his audience into living life through Iman’s lens, takes us into the bylanes of Pakistan and into the hearts of the American suburbs. And, an often overlooked aspect in filmmaking and more so in review, the production design and colour palette go the extra mile to recreate the life of a woman, whose choices although seemingly conventional, aren’t all that it’s cracked up to be. The telling choices in the colours of the shots filmed for Pakistan or the windowless immigration office; the sepias and whites that play with each other into creating a hypnotic maze of nostalgia and trepidations are near perfect.

Iman’s boyfriend of four years, Evan (Jacopo Rampini) plays the supportive partner, and although his scenes are primarily limited to the heydeys of the engaged couple, Rampini pours into his portrayal of a helpless partner. The genius of this film lies in its writing; wherein despite the scenes focusing on individual characters, through separate frames, we feel the collective anguish of the lovers and the ire towards the system that has wronged them. Robert L. Wilson, the only other cast member plays the immigration officer to a T. His demeanour, notwithstanding the uniform, works crucially in the favour of the story.

As the suspicious officer pries deeper and deeper to meet his professional demands, we begin to suspect something more. There is a line that is clearly getting crossed here. Dignity and privacy are put to test and stoked in the flames of righteous moral obligation. Wilson does it well, and, by the end of the interrogation, we feel as violated as Iman and the countless others who have had to endure everything that goes beyond civility—all in the name of professionalism and misunderstood nationalism.

By the end of it, Jaenicke has not only managed to add a different perspective to the whole saga of immigration to the States but also explored the deep racial discrimination embedded into the system and the perpetual question immigrants are compelled to ask themselves—is this really worth it?

We might not know about immigration policies or life overseas, but we know enough to wager that Jaenicke’s Proof is an earnest and sincere effort made collectively with the help of an equally passionate star cast, to showcase the undeniable, even if subtle bias that exists in policymaking and administration. This is an eye-opener and a very relevant short that carries an important social message that finds its significance heightened, now more than ever.